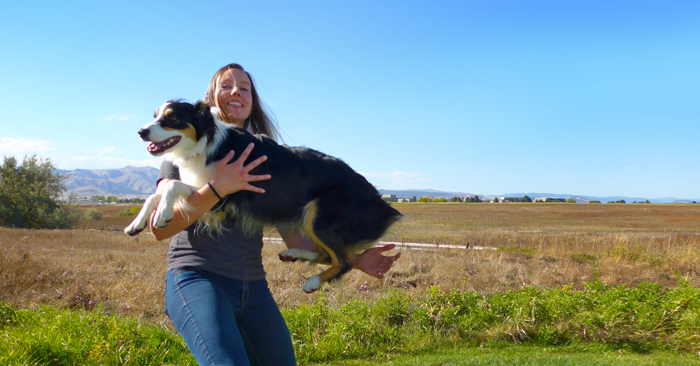 Nobody lands in a career teaching music on accident. At least nobody I know. You don’t sign on to wrangle a squawking flock of beginner clarinetists without a deeply held desire to help them learn and grow.

Yet, somehow, many of us still spend loads of time nagging students to stack chairs and stands, count rests, and keep a pencil handy during class. There has to be a better way!

In the time I’ve spent with my two Australian Shepherds, Cooper and Pip, I’ve found more than a few parallels between training dogs and teaching young musicians. The same methods I use to keep my dogs motivated and consistent can also help you improve your classroom management.

Setting Expectations from the Start

Most dog trainers start puppies with simple tricks like sit and stay because they lay the groundwork for basic manners that prove increasingly more important with age. Of course an 8-week-old puppy jumping up to say “hello” is adorable. When he grows to 40 pounds and launches himself onto your shoulders (a real risk in our house), it’s less cute.

That’s why we set expectations from the start. If my dogs greet me with all four paws on the floor, they know they’ll get attention and playtime. If they get too excited and start jumping, I walk away.

Because I set the expectations early, they behave appropriately without nagging on my part.

If your students know what fundamental behaviors you expect from them up front, you can more easily reward good etiquette and build great habits. Include all of your class expectations in a syllabus at the start of the semester, from assignments to seemingly minute concert etiquette.

Some examples of behaviors you may want to note:

Make sure students understand these expectations from day one and you won’t have to compete with bad habits formed on accident.

I use a clicker (a “marker”) and kibble (a “reward”) to teach my dogs new, desired behaviors. When Cooper first started learning to army crawl on the ground, he got a click any time he scooted forward on his belly at all. Every click was immediately followed with a reward.

Over time, I raised the criteria for a click until eventually he was crawling down entire hallways on his belly in order to earn a click and reward. That kind of immediate feedback empowered him to make intentional choices to perform specific behaviors that always prompted rewards (you can read more about using positive reinforcement in operant conditioning here).

In time, he understands the task so completely that he’ll perform the behavior for much lower value rewards: a pat on the head or a simple “good boy.”

Though you can’t realistically hurl Skittles at your students every time they do something correctly, you can use this type of positive reinforcement to teach good classroom habits. In fact, it may be easier to do in a music classroom than anywhere else.

Music is the Reward

Do you remember the very first time your ensemble harmonized? Or when you clapped your first syncopated rhythm? Or that solo you nailed in your high school choir concert?  Many students strive for excellence independently because the gratification of being part of the music is such a powerful reward on its own. Algebra teachers may not share this same advantage.

As music educators, we must ensure students get positive reinforcement early and often enough to keep them motivated to make music. You can always use your own classroom expectations as a guide for which behaviors to reward. Recognize the students who listen for overtones in the milliseconds after a piece concludes and thank those who mark their music during rehearsal.

There will always be some students who continually struggle to follow the rules. For those individuals, you can try gamifying good behavior by awarding points to students when they meet or exceed expectations. Though you may not be throwing candy at students as they rehearse, it may help to let them earn it over time.

The most popular criticism of positive reinforcement methods in dog training is that they do not punish bad behaviors. And anyone who has conducted a group of 60 middle schoolers knows that you can’t just ignore disruptive students indefinitely.

Let’s see how this happens in the dog world. Whenever a dog hears a doorbell, he goes absolutely nuts barking at visitors. Buddy thinks to himself “I am protecting my family! I am doing a good job!” The owner yells, “Be quiet!” over and over and locks Buddy away in the laundry room for time out while Buddy loses his mind. Buddy still doesn’t listen because he finds no reward in silence. The punishment doesn’t work.

Karen Pryor, founder of the clicker training movement, explains it best. “Punishment may decrease the frequency of an unwanted behavior, but usually results in producing another unwanted behavior. The results of punishment as a training method are difficult to predict and to control. “ 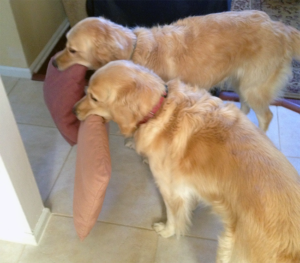 Dog trainers around the world have found a totally delightful and extremely successful solution to this problem. When visitors come to the door, give Buddy a task incompatible with his barking. More specifically, teach Buddy to hold a pillow in his mouth. It seems totally ridiculous… and yet it works.

People most successfully kick bad habits when they instead replace them with good habits. That’s because the brain is wired to repeat behaviors (good or bad) it considers rewarding.

Let’s re-frame Buddy’s situation in the context of a music classroom. Imagine a tuba player shooting rubber bands at percussionists from across the room. You can call out the bad behavior and  tell the tuba player to knock it off.  Then you’ll pick back up where you left off, bringing attention to the behavior and wasting valuable class time.

Alternatively, you can flip the classroom by asking your students to identify interesting harmonies, syncopation, or motifs throughout the piece during long rests. Not only is this behavior incompatible with shooting rubber bands across the room, but it also teaches students to use their class time productively and engage during rests.

Focus on the Good

By focusing your students on what to do rather than what not to do, you help them set higher goals and achieve those goals day after day. Students invest themselves in the success of the ensemble as a whole. They start thinking musically and creatively where otherwise they might be daydreaming of a life with no history class. They make section shirts, show up early for rehearsals, and stay late to clean up. More importantly, they take pride in their music because they’ve worked hard to sound great.

It’s not as far-fetched as you may think. You’ll need a little patience and creativity, but since you are a music teacher after all, I suspect you’re pretty well prepared. 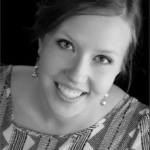 MakeMusic’s conversion marketing manager, Kait Creamer works to share SmartMusic and Finale with musicians around the world.  She received her B.M. in music industry with a concentration in tuba from Middle Tennessee State University. Kait currently plays in the Gunbarrel Brass Quintet.

Inspired by work with herding dogs in New Zealand, she returned stateside to train two Australian Shepherds, Cooper and Pip. They are often seen doing tricks for popcorn at the MakeMusic office in Boulder, CO.