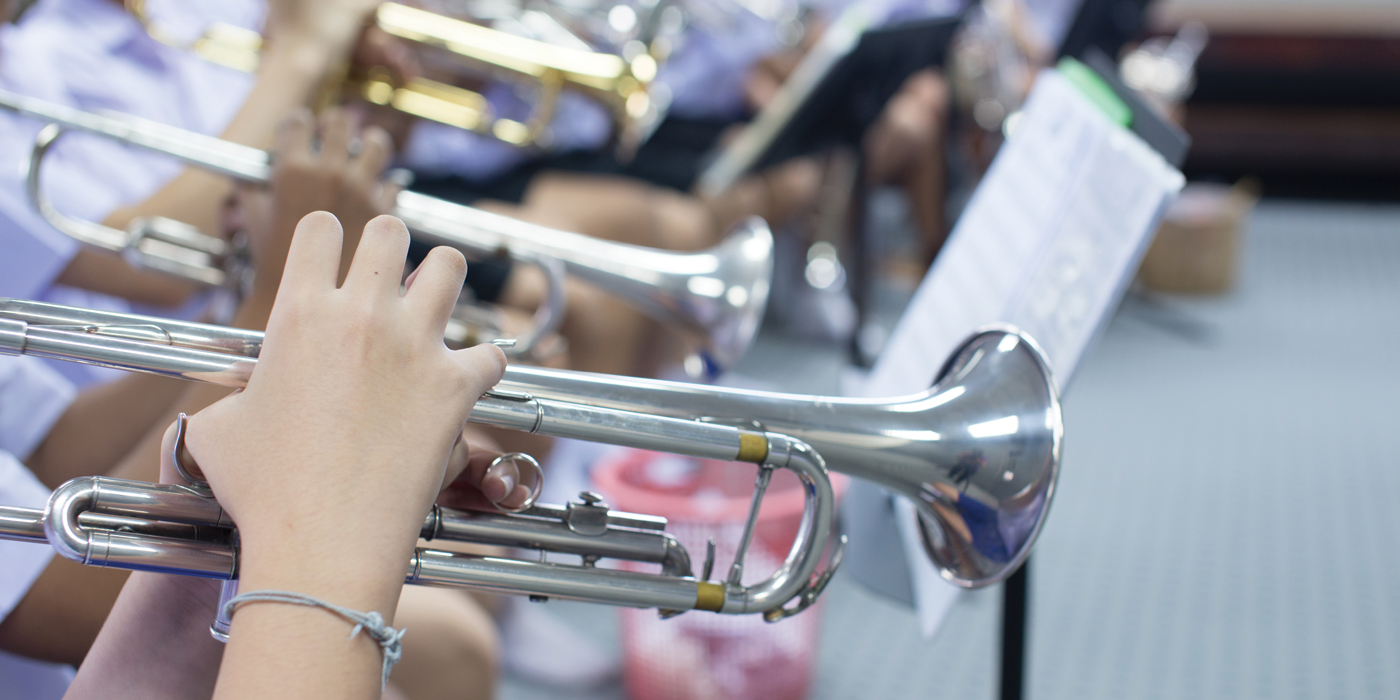 The 2014 National Core Music Standards are a great resource for those striving to teach music comprehensively through performance in large ensemble. Written for music educators, by music educators, these standards encourage students to do, think, feel, and understand music through the Three Artistic Processes of Creating, Performing, and Responding. More information about the 2014 Music Standards can be found on the National Association for Music Education website.

For those that want to incorporate the 2014 Music Standards into their large ensembles but still need to focus on being concert ready, there is a way to merge the two. Below are a few ways to get your large ensemble students Creating, Performing, and Responding!

Many large ensemble pieces contain small sections that allow students to choose what they want to play or sing within a certain set of composer guidelines. Instead of just telling students to follow the instructions, spend some rehearsal time discussing the effect the composer is after and having students experiment with different ideas. Let them play or sing as sections or individuals for each other and evaluate the quality of their work.

Improvise Within Scale Study or Warm Up

When introducing or reinforcing scales, add an improvisation component. Have students play or sing using the scale in order to strengthen the concept from a different angle. For example, ask students to play or sing a motive they invent –  using the notes of the chosen scale –  and have their classmates try to play or sing it back to them. This exercise not only gets students improvising but also practicing their ear training, making them better listeners. Rhythmic and pitch content could be limited based on the ensemble’s ability or the focus of the warm up.

Compose Within Scale Study or Warm Up

If students have staff paper or a notebook in their music folder, they can write out melodies or motives using notes of a select scale. Ask them to play or sing their short composition and then switch papers with other students to evaluate, play, or sing. This same exercise can be done using a determined set of rhythmic values, or eliminating the pitch element, depending on what the focus of the warm up needed to be.

Talk with students about what makes a high-quality piece of music and then give them a voice in music selection. Pick two pieces that meet the objectives for the concert cycle and sight read them both. Spend a bit of time getting to know the pieces for their musical merit and talking with the students about how to select appropriate repertoire. Poll the class as to what they want to play or sing and why from a musical perspective.

Record Rehearsals/ Concerts and Have Students Evaluate the Recording

Make an audio recording of a rehearsal or performance. Have students listen and list things that they have improved upon during the concert cycle and also things that they need to keep working on. Compile everyone’s notes to share with the ensemble or have the students talk in sections about the changes that need to occur.

Ask the Students What They Heard During Rehearsal

Choose a passage of music and play or sing it through. At the end of the run, ask the students what they heard that needs to be refined. Students’ listening can be directed by the use of leading questions or it can be open response. After a student says what he or she heard, ask for suggestions for improvement. Make sure to run the passage again with the students making the suggested changes so the effectiveness of the change can be evaluated afterward. The important thing is that the students in the ensemble have an opportunity to be active in the rehearsing, evaluating, and refining of what they are working on.

Play various genres of music for students. In addition to asking about what components of music they are hearing, ask them how it makes them feel or if they like it or not. Follow up by asking what aspects of the music makes them feel that way. This can be done through discussion or by individual written response.

Have Students Contribute to the Interpretation of What They Are Performing

Listen to various recordings of the pieces the ensemble is working on or a recording of the ensemble playing or singing a section of a piece in various ways. Discuss or write down which aspects of each recording they like best from an interpretive standpoint. Experiment with interpretive ideas from the ensemble and discuss what works and why.

Find the Programmatic Elements of the Music

When playing or singing a piece of programmatic music have students find the compositional elements that help portray the story or the mood. This can be done through discussion or written response. Ask students what additional interpretive elements could help to communicate the composer’s intent. For added connection, spend some time learning and talking about the subject of the program. This could be an opportunity to collaborate with the other teachers that work in the building.

It is important to note that the National Core Music Standards embed a fourth Creative Process, Connecting, in the categories above. The authors of the standards felt that connecting music to personal experience, the arts, and the other core subjects is intertwined when Creating, Performing, and Responding. The National Core Arts Standards, for which the music standards are related, consider Connecting a stand-alone process.

Even though some of the above activities do not directly involve students playing their instruments or using their voices, all of the above activities contribute to the total musicianship of the student. While these suggestions may take some time away from woodshedding a particular piece during a concert cycle, they will yield results that help students become thoughtful consumers and producers of music well into the future.

Students should leave their large ensemble classrooms not just with the ability to play or sing the pieces they performed, but also with the tools and knowledge to Create, Perform, and Respond to music in a multitude of ways as university students, working adults, and as citizens of a musical world.