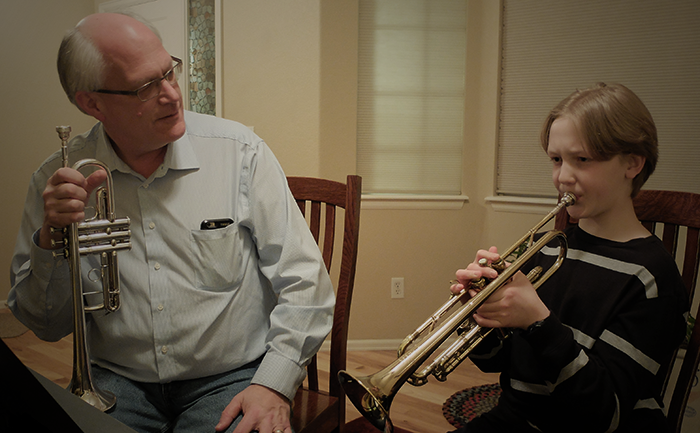 We recently added an exciting new SmartMusic feature to Finale 2014.5 that lets you create improved SmartMusic accompaniments (SMPX files) that can include the sounds of your favorite sound libraries, like Garritan, and/or live recorded audio. Previously, when you made your own SmartMusic files you were restricted to using general MIDI sounds. While you could certainly create great SmartMusic files, sometimes the audio quality was lacking. Now when I create an SMPX for a trumpet student, I can incorporate audio that will inspire them to be a better musician.

I’d like to share some of the SmartMusic files I’ve created for students that demonstrate how I use this new feature in my studio. Click here to download a .zip file of the four examples described below.

Most brass players are familiar with Herbert L. Clarke’s Technical Studies. While I may enjoy playing these everyday as part of my warm-up, some of my students might be less excited at the prospect, thinking them rather dry and boring. For examples 1 and 2, I have created SmartMusic files for two common Clarke studies which incorporate backing tracks that make these much more enjoyable to play and help to keep younger students engaged.

I suggest that students start at a slow pace, working on playing very evenly, then challenge them to slowly increase the tempo, always striving to play as evenly as possible. The audio for these files was created using Band-in-a-Box, then imported into Finale. Band-in-a-Box provides a great means for easily creating backing tracks for virtually any style of music and the audio they provide is recorded by top notch musicians. Click here for a closer look.

This next file will be familiar to anyone that has used the Arban Method. In example 3 I have imported a recording of one of Arban’s easier rhythm studies. While I would typically play this for students in their lesson, I also want them to be able to hear it when they practice at home and be able to practice along with the recording.

Example 4 is a file I made for a more advanced student who wanted to learn the Fanfare Abblasen, familiar to those that watch CBS Sunday Morning. I transcribed the piece featured in the famous portrait of Bach’s trumpet player, Gottfried Reiche, for piccolo trumpet in A. I imported a solo trumpet track recorded at a reasonable tempo (not too fast) for someone learning the piece, giving them room to work on incrementally speeding up.

These are just a few examples made possible with Finale’s new functionality. If you’d like to create your own SMPX files from Finale 2014.5, here’s a short video that demonstrates how to create a SmartMusic file with audio accompaniment, and another, broader overview video on creating SMPX files.

Are you using SMPX files? Let us know how by clicking on “Comments” below, or come and chat with me in person at the MakeMusic booth at the 2016 TMEA convention, February 10-13. 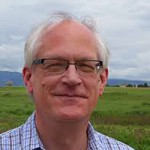 Some of you may be familiar with my posts on the Finale Blog, but as this is my first appearance on the SmartMusic blog, a brief introduction is in order. My name is Mark Adler, I am the Finale Product Manager/Sr. Editor at MakeMusic. Before moving into this position, I was responsible for supervising music engraving for SmartMusic. I also supervised and wrote much of the MakeMusic-created content found in SmartMusic, writing hundreds of sight-reading etudes and such memorable SmartMusic classics as Frankenstein’s Monster Goes Jogging, and Jacque’s Unfortunate Boat Ride. Outside of MakeMusic, I am a professional musician and trumpet teacher who uses SmartMusic in both my daily practice and teaching studio.