While I attended many fantastic sessions at the Midwest Clinic last December, one really stood out for me: Chad West’s clinic on teaching musicianship to young students. Chad suggested that music educators often focus on reading notation and building technique, but don’t spend enough time working with students on internalizing rhythm, hearing tonal relationships, and developing creativity. Chad refers to these concepts as the “Big 5,” and believes that working on all of them at an early age is crucial to building better musicians. He also advocated strongly for developing audiation skills early on.

I was fortunate enough to speak with Chad about his approach in more detail.

Audiation is the concept that really takes the Big 5 to the next level. What is audiation?

Audiation is nothing new to music. The term was coined by Edwin Gordon to describe the ability to hear and comprehend in one’s mind sounds that are not physically present. We often think of audiation as “getting a song stuck in our head,” and this is part of audiation, but it goes much further. Gordon suggested that audiation is to music what thought is to language. With that analogy, we can see that audiation also involves predicting what will come next. As we read a book, we ask questions, we imagine the scenery, and we predict how the story might unfold. This is similar to music—as we read notation, we hear in our mind the sounds that will be produced before we produce them and have some expectation for what will come next even when the sounds are not physically present.

How can teachers begin to teach it? Can you share a simple exercise?

To help develop students’ rhythmic audiation skills, I like to have them count out loud “1-2-3-4, 1-2-3-4, etc.” with a steady beat. Then when I give them a signal, they are to continue counting inside their heads until I give them the signal to resume their counting out loud. We’ll go back and forth having students count out loud and in their heads. Each time they come back in from counting in their heads some of them are on the wrong beat, but the more we do it the better they get.

Similarly, to develop tonal audiation skills, I like to pick a tune that the students already know well—Jingle Bells, for instance. I start singing the tune with the instructions that when I stop singing, students are to keep singing the tune in their heads and then sing the last note out loud and in tune. Just as the rhythmic activity forces students to keep an internal sense of steady time without the aid of those around them, this tonal activity forces students to hold the pitches of the song in their heads without the aid of those around them.

At your clinic you seemed to be a mind reader: every time you described a common issue, heads around the room nodded knowingly. Could you describe some approaches to a few of these common issues?

We have all been there. A student will rush or drag. Or a student can play in time when s/he is playing in band, but not when playing alone. Sometimes we misdiagnose these instances as notation misunderstandings or technique problems when in reality they may be symptoms of an underdeveloped kinesthetic sense of time. Instead of reviewing the rhythm tree or drilling technical skills, I like to get students moving their bodies in these instances. Have them move their heels to the big beat and divide the little beat in their fingertips on their knees. If students struggle with this then we know their problems are not related to notation or technique, but an internal sense of time.

Once they can move their heels to the big beat while dividing the beat in their fingertips, I like to have them speak their rhythm on “bah.” When they can do all three things simultaneously, we know that their internal sense of time is working correctly. If you think about it, this is exactly what we ask them to do on their instruments—keep the beat, subdivide, and play different rhythm patterns, but until they can show those three things on their bodies, we can’t expect them to be able to do them internally while playing their instruments.

Can you talk about creativity?

Even when our students can independently read notation, beautifully manipulate their instruments, and sing in tune and move in time, they are still missing a crucial part of musicianship if they are never asked to (or allowed to!) make creative musical decisions. I like to get students making creative musical decisions from day 1 and every day after. This can be as simple as the teacher playing a one-note rhythm pattern and asking the students to respond with a similar, but different, rhythm pattern.

Similarly, a teacher could play a three or five note tonal pattern and ask the students to make up a different tonal pattern that seems to compliment the one the teacher just played. This may seem like a rudimentary approach to creativity, but that is just the point! Students need to know from day 1 that they are creative individuals who have permission to “make stuff up.” When creativity skills are developed alongside the other areas of the “Big 5,” students learn to view creativity as an equally important element of musicianship rather than a skill to be developed later on (or worse, a “gift” that you either have or you don’t.)

Incorporating curriculum for all five of these concepts into a single class session sounds daunting (and doesn’t leave much time for concert prep). How can teachers put more than one element of the Big 5 to work simultaneously?

We draw upon all elements of the “Big 5” simultaneously when we are performing, but we should remember that they are individual skills that beginners need to first develop in isolation of each other so that the focus is on one skill at a time. I like to take 5 minutes at the beginning of class and work on each individually.

I usually begin by doing some rhythmic echoing on “bah” and having the students respond while moving their bodies to the beat and division of the beat (Rhythmic). After a few patterns, I say, “Great, now you make some up and I will respond” (Creative). Then I do some tonal echoing in the same way (Tonal) and ask students to them make something up (Creative). Then, I throw a few 1-measure rhythm flash cards in front of them and chant the rhythm while pointing to the notation and having them echo while looking at the pattern (Notation). Last, I might have them play and hold a concert Bb and take this opportunity to remind them of all the executive skills I want them to keep in mind such as firm embouchure, relaxed throat, supported air stream, correct hand position, firm anchor for single reed instruments, small aperture for flutes, open mouth cavity for brass, etc. (Executive/Technique).

Taking just 5 minutes at the beginning of each class to isolate each area of the “Big 5” can pay big dividends later in rehearsal when we ask them to listen for intonation, play in time, play with a good sound, read notation, and perform musically and creatively.

What are some ways teachers can assess how well students are audiating? Are there exercises that can reveal weaknesses or key things to listen for?

When students cannot sing back a tonal pattern, this is usually a sign they are not internalizing it. When students cannot echo a tonal pattern on their instruments without looking at your fingers, this is a sign they have not developed ear-to-hand coordination. When the teacher plays the beginning of Mary Had a Little Lamb, for instance, and asks students to “make up an alternate ending” and they student cannot do it, this is a sign that they are not hearing anything creative in their heads. Get kids moving, singing, and making stuff up. Have them figure out tunes by ear.

What about more advanced students? Would implementation be different for, say, an advanced high school ensemble?

The concepts work for more advanced musicians also. If I were teaching an advanced high school band, for instance, I would still get them singing, moving, audiating, and creating; the only difference would be the level of difficulty. Movement activities might be in asymmetric meters, tonal activities might be more chromatic and with a larger range, and creativity activities would involve more sophisticated uses of harmony. Notation activities would involve more difficult rhythms in strange meters, and executive skill development would be appropriate for the students in front of me. Same thing with any ensemble—chorus, band, strings, rock band, etc.—these activities are aimed at developing internal musicianship skills regardless of the external instruments students use as amplifiers.

I’d like to thank Chad again for discussing the “Big 5” in more detail. Have questions about the “Big 5”? Let us know in the comments below. 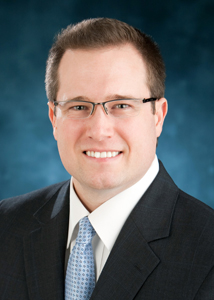 Chad West is assistant professor of music education at Ithaca College where he teaches undergraduate and graduate courses in music education. He received his Ph.D. from University of Michigan and has 8 years’ experience as a public school band director. Dr. West has played trumpet for Princess Cruise Lines, Etowah Jazz Society, the Saline Big Band, and many community ensembles. He is also an active presenter, arranger and NYSSMA adjudicator.

Dr. West’s research has been widely published. He is also a contributing author of the Oxford Handbook of Qualitative Research in American Music Education, and Curriculum and Assessment in Music (GIA), and currently has a book contract with Oxford University Press titled, Teaching School Jazz: Perspectives, Principles and Strategies. He serves on the editorial review board of Music Educators Journal, and his wife Amy teaches elementary general music.

In addition to his role as MakeMusic’s social media manager, Ryan Sargent is an active teacher and performer in the Denver-Boulder metropolitan area, and a member of the music faculty at the Metropolitan State University of Denver.

A graduate of Baylor University, he has studied jazz composition and improvisation with Art Lande and Alex Parker.