The marching band season can be all consuming for a high school band director. You spend the summer planning and preparing for the upcoming marching show and season. Then everything starts at band camp, and your time is consumed with building the champions you know your kids can be. You take it home with you. You wake up the next morning thinking about the best way to teach those next five pages of drill. You sit at faculty meetings trying to figure out how to fix that timing problem. You spend extra hours during a rare “off weekend” running a fund-raiser, building a prop, or meeting with a parent who can fix the broken door on the trailer.

While this hurricane is raging, there’s a little voice in the back of your head saying, “What am I going to do after marching season is over?” Of course, the howling winds at the door don’t let you hear, let alone acknowledge that voice. At some point, things will calm down enough to stick your head outside and see a break in the clouds. Look for a moment where you can plan beyond the now and make some time to plan out a successful transition from marching season to concert season.

Where Are You At?

It will be obvious within a few rehearsals which sections of your band are stronger or weaker. A few students will sneak up and surprise you with how much they have improved over the summer and some will be kind of a letdown. That’s a part of every ensemble. What you have to balance in your planning is how to pick pieces that will make every kid in your class grow as a musician.

You might have learned early in band camp that the marching band as a whole has consistent intonation issues. Maybe they struggle with clarity of articulation. Maybe they don’t read rhythms very well. These are problems you hear all around you in the marching band – from the show music to the stands tunes to the national anthem. Are you hearing the same issues in your classroom with a smaller group of kids? What have you been doing to address this and why isn’t working? What literature can you choose that is going to be challenging but achievable to address some of the weaknesses you’re seeing right now?

Where Do You Want to Go?

Most band programs’ first event after the marching season is the holiday concert in December. The December concert should really be a gateway towards your final destination. Can you start naming the pieces you are going to want to play for state contest in April? Is there one title that you’re definitely going to program? Do you know what kind of piece would work really well with that piece?

If you are answering no to these questions, then your first step is not to think about the winter concert, but what you want to play in April. If you can come up with at least one piece that you know will be perfect for contest, then you can come up with a few others that you think will work with that style of piece. Answering these questions will help you ask the next set of questions that will in turn help you figure out what to do for that holiday concert.

This work occurs simultaneously as you are learning the strengths and weaknesses of your group. Let’s say you have a once-in-a- lifetime trumpet section and you know it’s your chance to play Procession of the Nobles. How do you get those horns ready for that challenge? You really wanted to play Holst’s Second Suite in F, but the euphonium player you thought would be able to nail that solo clearly didn’t practice over the summer. How will you adjust your repertoire? This process of figuring out what you’ve got – and what you eventually want to do with it – should be happening before you start programming your winter concert.

How Do We Get There?

If you have a clear picture of where you are and where you eventually want to get to, it’s pretty easy to plot the course. Looking for ways to get the most out of the time you have is being efficient, not lazy. Making connections for the students is probably the most important and the most hidden part of our job. The kids spend plenty of time on the halftime show music. If the show music is point A, and your dream concert piece is point C, can you find a way to connect them with a piece on the winter concert that would be a logical point B?

Maybe you’re doing an arrangement of a Bach vocal hymn in your marching show and you want to play Whitacre’s Sleep for contest. Can you program one of the Bruckner Three Preludes on the holiday concert to help kids make connections in the development of vocal music over multiple time periods? Will they perform better on stage in April because they have been doing a year-long study on how to play vocal music on wind instruments? Probably better than if the first time they ever worked on a vocal piece was 6-8 weeks before the performance.

Let’s say you want to play a piece that’s in 9/8 at contest this year, but you know your kids have never played in 9/8 and they struggle with reading rhythms. Obviously you will be playing some technical exercises in 6/8 or 9/8 or 12/8 to help them with those issues. Try finding an easier piece in 6/8 that you can play on the winter concert also so they are using those technical skills in a musically meaningful way, not just in exercises.

The hardest part is always going to be finding the time. Even with marching band over, everyone is going to have other things competing for their time and attention. This doesn’t even begin to include how things like region auditions, solo and ensemble, jazz programs, indoor drumlines and guards will all compete for attention in the winter and spring. Good planning comes in having multiple routes that you can take depending on how much time you actually have to work with.

Plan back-up pieces that might work better for your ensemble if your first choices don’t work out. You planned on doing Bernstein’s Profanation, but reality kicked in after a couple of reads, so you “downgraded” to Overture to Candide. The students are still getting a great challenge and the planning you’ve done to help them connect the dots will still work.

In future years, you will have a good plan in place before the school year even starts, but that takes really knowing your kids, your community, and most importantly, yourself as a teacher. You’re also trying to determine long term goals for the program and finding the way to reach those over time. As you dream big for your kids and your program, plan ahead for the success that you know they can reach. 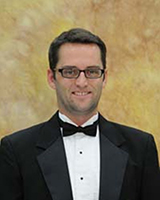 Ryan Thomas earned his BME from the University of South Florida where he studied percussion with Bob McCormick and conducting with William Wiedrich. A former member of both the Crossmen and the Colts Drum and Bugle Corps, Ryan was on staff with the Colts Drum and Bugle Corps for seven years and was a musician with the Disney theme parks from 1999-2003.