Which rudiments do young percussionists “really” need to know?

This question really made me stop and think. I quickly came up with a list of about a dozen rudiments that everyone MUST know! But let’s get real: What are the rudiments that middle-school students absolutely NEED to know to be successful? I can narrow it down to three: the paradiddle, double-stroke roll, and buzz roll. Do you have differing opinions on this? Please hear me out.

The paradiddle is like the gateway rudiment. It looks so simple on paper, but when you start breaking it down and perfecting all of its intricacies, its depth becomes very apparent. It is so much more than just RLRR LRLL. When dissecting the paradiddle, you will find that it provides the opportunity to work on down-strokes, up-strokes, single-strokes, double-strokes, accents, and taps. To play a good sounding paradiddle at high speeds, all of these skills must be developed.

Now, when a band student is playing concert literature, do they frequently encounter paradiddles? Of course not: that’s not the point. The point is to develop the hand dexterity required to play whatever is called for in a piece of music, without having to sacrifice quality of sound.

It wouldn’t be right for me to give the paradiddle all the love and not talk about its younger brother! The paradiddle-diddle is a very popular rudiment in the marching percussion scene. It is so easy to play at high speeds (as it is mostly a double-stroke roll) and it provides a great syncopated effect regardless of the note value. A lot of “bang” for your buck!

The double-stroke roll largely benefits our marching percussion friends. Let’s face it, without the double-stroke roll, you wouldn’t have a drum line. What would be the point if you didn’t hear that crisp triplet roll cutting through the ensemble? This is a rudiment that causes a big stir among percussion educators: not on whether it is important or not, but how to achieve it. There is certainly more than one school of thought on this.

My personal opinion is that the double-stroke roll is developed through two solid wrist strokes that simply get minimized and more relaxed as the speed increases. The development of the double-stroke is an absolute must to be a proficient percussionist. We have all heard someone play a weak-sounding double-stroke, and it is not pretty. It basically screams, “I don’t know what I am doing!”

Finally, the buzz roll! There is nothing quite like that silky smooth static sound propelling the ensemble of winds into the great release of built-up dissonance. Now, I realize that it is not on the list of rudiments and is more of a stroke type, but its importance is too great to overlook. The buzz roll is to concert band what the double-stroke roll is to marching band: you just can’t have good concert literature without the use of buzz rolls. The multiple bounce stroke that produces the buzz roll is in its own family and doesn’t really correspond to any other rudiment. For this reason, I feel that this is the third essential rudiment.

These basic rudiments are absolutely necessary for any young percussionist to be successful. That said, there’s always more to work on beyond these essentials: I would like to give a special shout out to the single-stroke roll – as it is a staple – but it just barely missed my top three rudiments list! 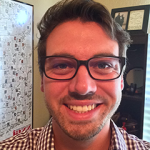 He has performed with the Colts Drum & Bugle Corps, the North Arkansas Symphony Orchestra, Tulsa Signature Symphony, and various local bands in the Tulsa and Northwest Arkansas areas.