We’ve all heard that music study can make you smarter, but do we really believe it? Having taught music for a couple of decades I can tell you with certainty that the transferable skills needed for success in any domain are necessarily present in preparation for all competent music performance, and performance cannot exist without it. And if you think about it performance is the goal of all learning.

Consider this – there are no B+’s in music. Eleven percent of a 90-minute performance is 10 full minutes of errors. Not 10 errors but ten full minutes of them. The plain truth is that in order to be considered as competent as our teaching counterparts, where 89% can be considered pretty successful, music teachers must get entire performing groups to about 98% or better. The really good ones get awfully close to 100%, and we don’t do it by finding ‘talented’ students. We do it by taking anyone and everyone and know that if they will follow directions (the learning process in its purest form) they will get good – every time.

It is interesting that if we got our dry cleaning back with 89% of the stains out, or our Happy Meal missing 11% of what we paid for we would find that unacceptable, yet we can consider that a successful level of competence in other areas. The goal of all learning is competent performance, and music shows us how to teach it.

Because of this music teachers, as a natural course of doing their jobs over the last few centuries, have had to learn the essence of the learning process and immerse students within it, literally rewiring the brain physically and functionally. This process has been around as long as humanity, and is responsible for all great human achievement from the Renaissance (the apprenticeship model is excellent for developing mastery) to Beethoven’s symphonies and Jimi Hendrix’ guitar work.

Around the end of the 19th century researchers began to turn their attention toward the study of skill development and, among other things, started the unfortunately named nature/nurture debate. We have gotten past that black and white debate (See David Shenk’s introduction to epigenetics, The Genius in All of Us, to pique your interest) and have begun to understand the underlying mechanisms of all skill development, and it turns out it is the same for everything.

In 1993 researchers codified and named the process, “Deliberate Practice” (Ericsson et al). Here is a convenient overview of what this continuous process looks like.

This done, over time, will result in skill development, not ‘natural talent’.

Learning Happens in Your Brain, and You Own It

We may have heard we only use 10 percent of our brains, but actually this is a myth of unknown origin. The first part of the learning process uses a lot of the brain as we continually correct and figure out how to do what we want with each thoughtful repetition. This is a state of confusion necessary for learning that researchers call desirable difficulty (Bjork). Researchers note that one characteristic of deliberate practice is that it is not inherently enjoyable (Ericsson, et al). “Let’s run it one more time!”

Continuous refinement informed by accurate feedback of whatever one is doing is crucial. Everything we do and think is represented by brain cells, or neurons, communicating with other neurons. Such communications are called neural networks (Doidge). In order to build these networks we first learn a skill through trial and error. Functional magnetic resonance imaging of the brain learning a skill show it lit up like a Christmas tree. The brain is trying to find where this skill fits and how to best represent it. Over time, as we figure it out, scans show regions of the brain dropping out until a process efficiency change occurs (Hill and Schneider) and a small efficient area represents the skill.

The reflect stage of deliberate practice is crucial. If the neural network is incorrect at all then the skill will be learned that way and subsequent repetitions will reinforce that network. This is a very involved process and usually involves somebody more experienced guiding ones attention whenever possible. Can you say conductor and rehearsal? In fact the best players continue to actively focus in this manner, even when they are practicing alone; that is why they are the best players. Since this is a learned skill, anybody can do it to get better, no talent necessary. However good you want to get, you do so by getting better than you are at that given time and you do that by constantly applying deliberate practice.

In her three decades plus of research into what she has come to call “Mindset,” Dr. Carol Dweck’s work has become highly regarded and rightly so. Among other amazing insights she shows that those who succeed are those who understand that doing something incorrectly is fine, not trying to correct it is not. She shows that praising kids for natural talent makes them want to stay in their comfort zone and not jeopardize their label of talent among the group, but those told that their accomplishments were a result of their persistent hard work (otherwise known as The Truth, no false praise here) wanted further challenges and did not give up in the face of all of the inevitable little (and big) failures we all face while learning to do things with ever increasing levels of skill.

There is a name for these ‘failures’ in teaching – constructive criticism, and nobody gets better without it whether it comes from within oneself or without. The best place for it is from a more knowledgeable person who knows what you need at any given time. It is interesting to note that in an investigation into divergent thinking and the creative process researchers show support for a distinction between problem finding and problem solving (the reflect and plan stage respectively) (Runco and Okuda) and that problem finding does not become a distinct skill until adolescence. What this means is that it is even more critical to assist, as much as possible, a student in discovering everything that needs to be corrected.

How to Build Your Brain

The continued accurate repetition of things like scales, arpeggios, other exercises and our musical excerpts is crucial to how the brain increases skill level. The way our neurons communicate is by sending an electro-chemical impulse called an action potential from one to another. The action potential is generated by a neuron, travels down a pathway called an axon and then jumps over a gap called a synapse into the neuron it wants to communicate with. Axons are like our electrical wires. When they are insulated the current remains stronger, and travels more quickly. 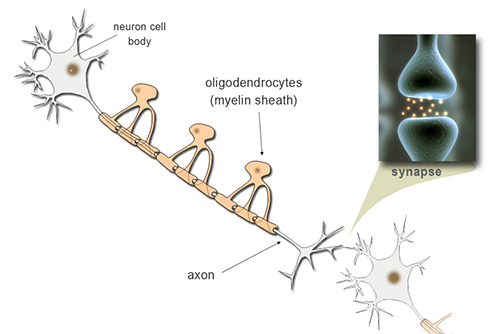 There are cells attached to axons called oligodendrocytes (say that a couple of times fast!) that produce an insulating substance called myelin. Each time an action potential travels down an axon oligodendrocytes produce more of this insulating substance wrapping the axon (Araque and Navarrete). The more insulated the axon the faster the signal (Coyle). This is why correct (and corrected!) thoughtful repetitions create speed and facility in playing, and really any skill, including academics (Goodhart).

There is an additional benefit. In 2009 the Dana foundation published “How Arts Training Improves Attention and Cognition,” by the eminent education research psychologist Michael Posner and a colleague. Posner has done a significant amount of work over nearly 50 years on the brain’s attention networks (focus). He writes, “If there were a surefire way to improve your brain, would you try it? Judging by the abundance of products, programs and pills that claim to offer ‘cognitive enhancement,’ many people are lining up for just such quick brain fixes.

Recent research offers a possibility with much better, science-based support: that focused training in any of the arts—such as music, dance or theater—strengthens the brain’s attention system, which in turn can improve cognition more generally. Furthermore, this strengthening likely helps explain the effects of arts training on the brain and cognitive performance that have been reported in several scientific studies, such as those presented in May 2009 at a neuroeducation summit at Johns Hopkins University (co-sponsored by the Dana Foundation).”

Orienting selective attention, or what we might generically call focus, is a crucial part of learning, and it is not pleasant for most to do at first. Research has found the neural bases of selective attention and that, “the control structures guiding both the deployment of selective attention (i.e. fronto-parietal networks) and the resolving of response conflict arising from competing stimuli (i.e. ACC-frontal regions) show maturation that continues through adolescence” (Stevens and Bavelier).

As this maturation process occurs we can make changes to these parts of our brain by training selective attention, and recent research shows this link to music training (Zuk et al).

This is because arts training creates and strengthens control of selective attention a generic skill that can be deployed across subjects. The study, “Improved Effectiveness of Performance Monitoring in Amateur Instrumental Musicians,” found, among other things, that, “higher levels of musical practice were also associated with a better engagement of cognitive control processes, as indicated by more efficient error and conflict detection. . .and reduced post-error interference and post-conflict processing adjustments.” To put it another way it trains the brain to search for areas of error, is able to maintain focus instead of giving in to frustration, and then make adjustments based on finding those errors over and over as one works.

I believe we teachers have a word for that – learning. That is how learning works for any subject, any skill, anything. The more you do of it the better, smarter, faster you get. 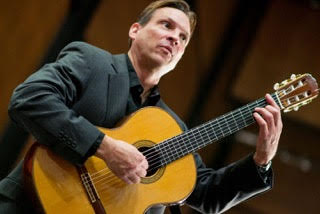 Gregg Goodhart is a national clinician serving regular residencies at school such as the Jacobs School at Indiana University and the Cincinnati Conservatory. He works with all instruments and voice showing teachers and students how to apply the underlying principles of all high efficiency learning in their work. Through innovative Practiclasses (masterclasses on practicing) students learn to achieve more than they previously thought possible, no talent necessary. He writes the blog Talent Optional and was an award winning high school music teacher for 13 years. More resources and advice at www.ggoodhart.com