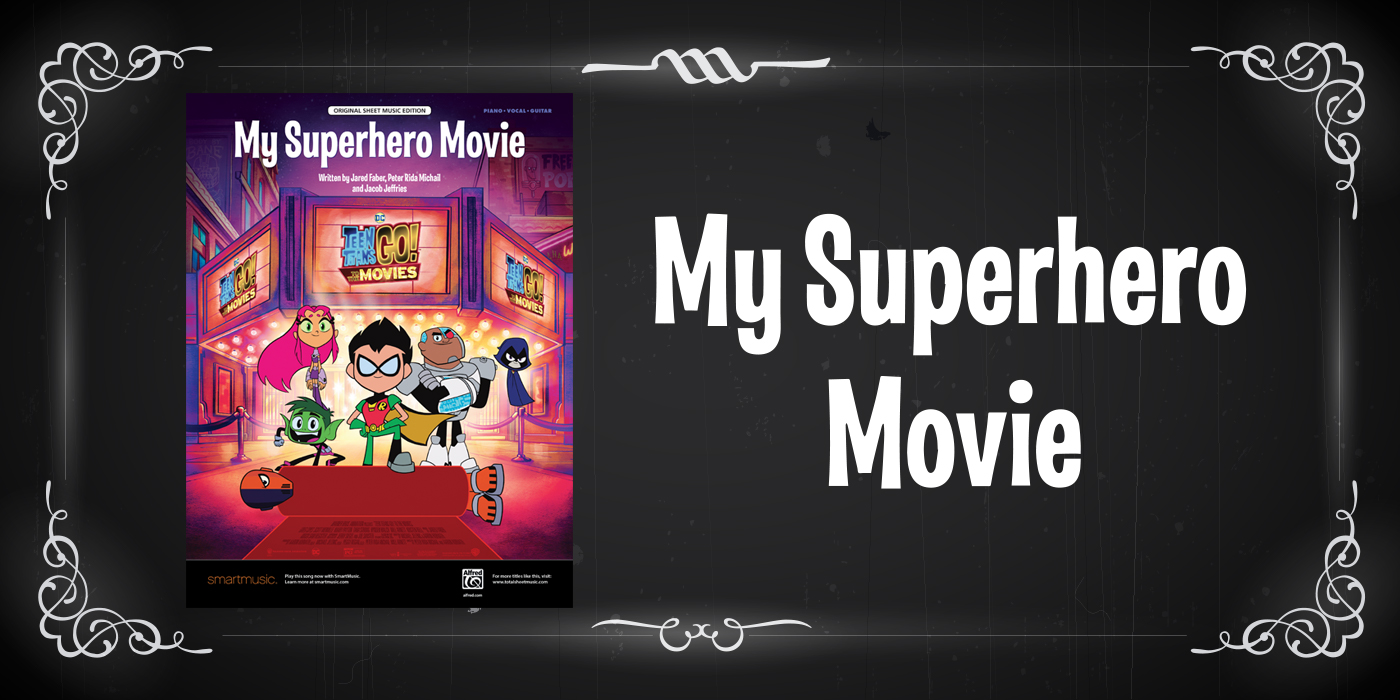 Next Friday, July 27, 2018, is likely already marked on your calendar as the release date of the film Teen Titans Go! To the Movies.

Even if this momentous event has eluded your RADAR, chances are your students know all about it. If you’ve ever heard kids sing “Waffles, Waffles, Waffles” you have experienced the widespread influence of Teen Titans Go!, the popular Cartoon Network series that has finally spawned a feature film.

To help celebrate the release of the film (and related festivities at this weekend’s San Diego Comic-Con) we’ve made music from the film available in SmartMusic today.

My Superhero Movie is a featured song in the film in which Robin – Batman’s long underappreciated sidekick – sings about his desire to become a superhero movie star. The words and music were created by composer Jared Faber, songwriter Jacob Jeffries, and producer of the Teen Titans Go! television series, Peter Rida Michail. You can hear an excerpt in the trailer:

An Original Sheet Music Edition of this piece, arranged for piano, vocals, and guitar by the original songwriters is now available from Alfred Music. What’s more, as of today, you can also find My Superhero Movie in both new and classic SmartMusic arranged as a solo for all instruments (including voice).

Don’t Have SmartMusic Yet?

Summer is a great time to explore what SmartMusic can offer your program and students. It’s also the perfect time to play along with My Superhero Movie and all the other titles in the vast SmartMusic repertoire library.

Not only does the new SmartMusic cost just $39.99/year, you even can try it for free.