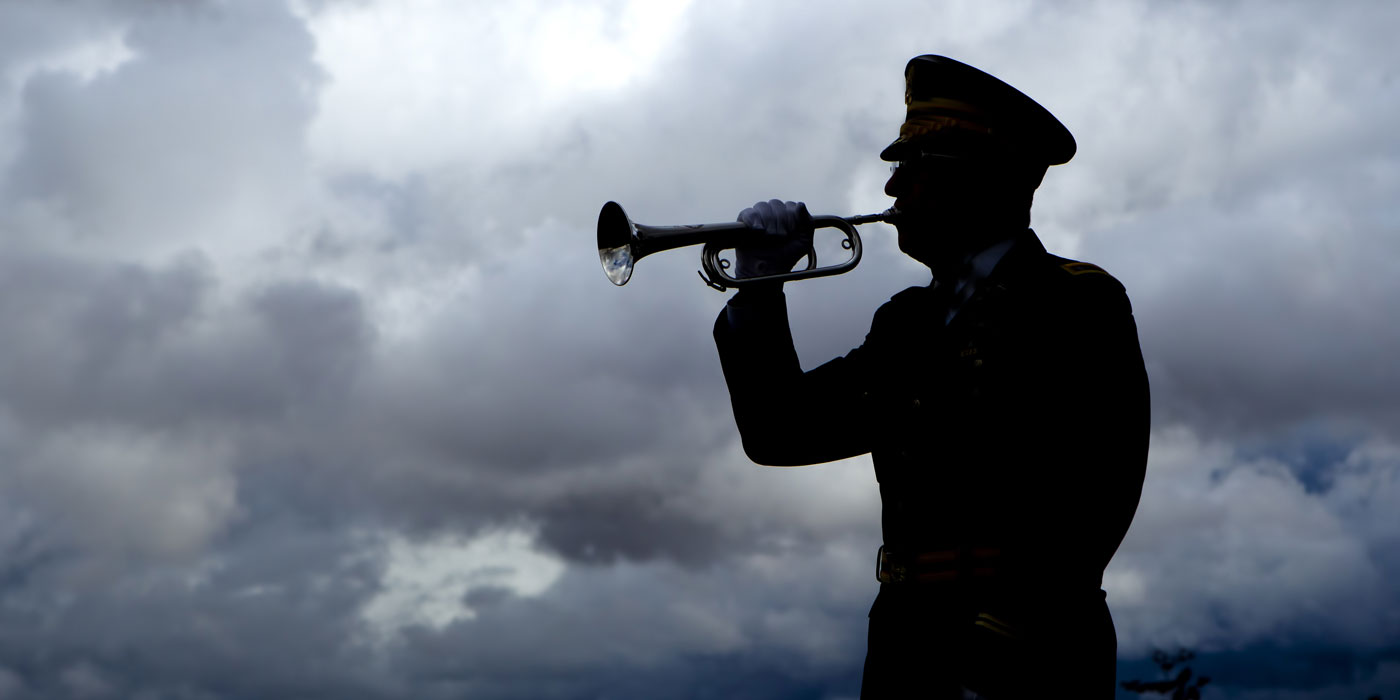 I started playing taps for the local VFW, performing in military funerals, when I was twelve years old. This was a great opportunity to honor the military service of members of our community and gain experience in performing for strangers. I have vivid memories of playing while standing behind an open casket. It was a learning and growing experience all around.

As Veterans Day approaches, you might consider encouraging your trumpet students to volunteer to perform on November 11 or whenever an occasion arises. If you’re not aware of local volunteer opportunities, check out Bugles Across America. This organization was formed in 2000 with the belief that every veteran deserves a live rendition of Taps by a real bugler. They actively seek capable volunteers to provide this valuable service to veterans and their families.

To help, we added Taps, Echo Taps, and Last Post to SmartMusic. Not only are these titles in SmartMusic’s Free Library, you don’t even have to create a free account to access them. Simply click on the hyperlinks above to find yourself in each piece, within SmartMusic. Feel free to share these links with students and encourage them to practice both versions of Taps and of Last Post.

Just as in real life, there is no accompaniment for these calls. SmartMusic, however, includes a recorded performance of each piece, all three of which I enjoyed playing for you. Students can choose whether or not they hear the recording of my performance as they play.

In July of 1862, General Daniel Butterfield adapted an existing bugle call to create a more melodic signal that it was time for the Union Army troops to go to sleep. It was first used for a military funeral soon afterward. It certainly seems safer than firing three rifle shots over the grave.

While Butterfield’s creation was officially known as Extinguish Lights it came to be referred to as Taps, likely because it replaced the three drum beats that previously signaled lights out. An alternate explanation is that the title had to do with the closing of the beer taps for the day. Taps has also been known to as Day is Done, in reference to the first line of the accompanying lyrics.

Pay attention to the rhythm in Taps. It’s frequently misplayed and is correctly notated in SmartMusic. The dotted rhythm in the first measure should not be repeated, for example, in measures 2, 3, and 4.

Echo Taps utilizes two performers, standing apart, to produce the effect of an echo. According to tapsbugler.com, Echo Taps is not correct protocol and is not permitted at Arlington National Cemetery or authorized by the Defense Department at military funerals. Nevertheless, it remains a popular alternative.

Last Post actually predates Taps and was originally used by the British Army to signal that the camp was secure for the night. Like Taps, it eventually was used in memorial and Remembrance Day services as well.

It is our pleasure to make these calls easy to access, and free to practice in SmartMusic. Thank you in advance for helping your students perform them for veterans and their families in your community.

Mark Adler is the director of production / senior editor at MakeMusic, where he oversees the development of content for SmartMusic. Mark and his team have written and arranged more than 1,000 exercises and solos found in SmartMusic. They are also responsible for adding thousands of titles to the SmartMusic repertoire library by the world's top publishers. Mark is also a professional trumpet who performs regularly in the Boulder area.