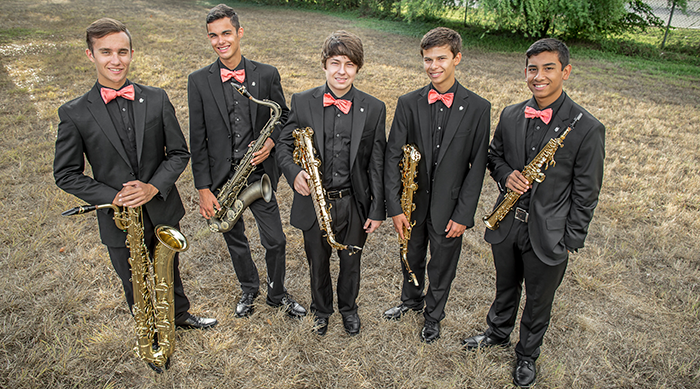 I believe strongly in the power of chamber music in a high school music program. The Ronald Reagan Band program has benefited greatly from the increased musicianship produced by many of the student-led chamber ensembles that have been developed in the school over the last several years.

Chamber music allows students to grow in a variety of ways. First, the quality and breadth of music they can be exposed to is vast. With hundreds of works in the repertoire, chamber groups can play music from Bach and Brahms to music written today.

Secondly, chamber music forces students to increase their individual accountability. In large ensembles many students are able to hide due to the fact that they are playing in sections, and have doubled parts. In chamber music, each performer is the only person playing their part; there’s no place to hide if they are struggling. In this way students hold each other accountable so that the group sounds the way it is supposed to sound.

Finally, chamber music allows students to cultivate leadership. Whether it’s the selection of music or the leading of rehearsals students have the opportunity to lead their own groups. Here are four tips on starting chamber music in your school music program.

Chamber groups at Reagan High School are all student-led. We tell the students that directors do not have enough hours in the day to work with every small ensemble, and that at a MINIMUM each group needs to have one rehearsal on their own for each rehearsal they have with a director. Some students opt to take an additional band class in order to work on their chamber music and then dedicate this time to rehearsing their chamber group. Others schedule rehearsal before or after school. The responsibility is put on the students to seek out a director if they need help, and we do make ourselves available.

There is a TON of great music being written for chamber music every year. Get your students involved in the music selection process, as the more they are invested in what they are playing the harder they will work. Don’t be afraid to try transcriptions either. Selecting string quartet music for saxophone quartets, or a Debussy piano work for flute quartet can help expand student understanding and knowledge of music.

We tell all of our groups that they need to name their ensemble. The only rule in this requirement is that the name has to be appropriate, and that it can’t be something generic like “The Ronald Reagan High School Saxophone Quartet.” The thinking behind this is to help create a sense of ownership and identity for the ensemble. Some of our groups have gone so far as to create websites/social media accounts, logos, and business cards in order to publicize the work they are doing and create a group identity.

One of my all-time favorite movies is “Miracle,” the story of the 1980 “Miracle on Ice” USA Hockey Team. Growing up, my father was a hockey coach so the “character” of Herb Brooks always resonated with me. I bring this up to point to a single line in the movie. After the first day of tryouts, Herb Brooks tells the USA Hockey administrators that he has selected his team and they are appalled at some of the most talented players were not chosen for the team. Brooks responds with the line, “I’m not looking for the best players; I’m looking for the RIGHT players.” Of course his chosen team went on to win the Gold Medal.

When we start chamber groups at Reagan I tell interested students that all they need are other students to play with, and that they don’t necessarily need to be the best players in the program. They need to be the players that are willing to work the hardest to accomplish the groups’ goals, and the people who will get along best together through long and sometimes frustrating rehearsals.

Other Benefits of Chamber Music

Performing in chamber groups can lead to tremendous opportunities for students willing to put in the work. One group from our school, the Quid Nunc Saxophone Quartet (pictured above), received an invitation in 2015 to perform at the 69th annual Midwest Clinic in Chicago. The quartet, featuring two seniors, two juniors, and a sophomore, spent the fall semester working toward their one hour feature performance in December. The performance consisted of 45 minutes of repertoire, from all different grade levels, two world premieres, and a joint saxophone choir performance with the 2015 Fischoff Gold Medalist Mirasol Quartet.

The performance at the Midwest Clinic was a culmination of years of work for the Quid Nunc Quartet.  Founded in the fall of 2013, the group has worked on establishing a name for itself in the High School Chamber Music world by competing across the state of Texas, reaching out to other, like-minded students, and promoting the growing saxophone quartet repertoire through commissions.

Highlights of the trip included a joint concert with the Wheeling High School Jazz Combo (another Midwest Invitee), hearing a performance by the world-renowned Chicago Symphony Orchestra, a Chicago Bulls game, and the opportunity to work with several of the composers of music that they were playing, including Carol Chambers, Drew Shanefield, Dr. Jose Riojas, and David Maslanka. The opportunity for the students to hear from the minds of the composers was a unique experience that gave them a new appreciation for the music they had spent so much time working on.

I hope that that sharing our experiences will inspire you to encourage the students in your band or orchestra to form their own chamber music groups. 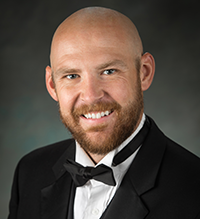 Greg White has been the associate director of bands at Ronald Reagan High School in San Antonio, TX since 2011. He currently conducts the symphonic and concert bands and directs several chamber groups. Under his direction, bands at Ronald Reagan have consistently received “Superior” ratings and “Best in Class” honors at contests and festivals, and chamber ensembles have won prizes at contests, including “Superior” ratings at the Texas State Solo and Ensemble Contest. Students under his direction have been selected to participate in TMEA All-State Bands, and have been winners of MTNA national solo competitions. Greg White received his Bachelors of Music Education from Texas Tech University, where his primary instructors were David Dees, Dr. Keith Dye, and Dr. Sarah McKoin.

About the Quid Nunc Quartet

The Quid Nunc Quartet have been prize winners in several competitions throughout Texas, placing 3rd in the 2014 Houston Underground Saxophone Quartet Competition,  2nd in the 2015 Coltman Chamber Music Competition, 1st in the 2015 JLSA FAME Awards, and 1st in the 2015 Texas Public Radio “Sounds Like KPAC” contest. They have been featured on masterclasses with Professor David Dees of Texas Tech University and the Zzyzx Quartet during their 2015 residency at the University of Texas at Austin. The quartet was also featured in the 2015 Texas Bandmaster’s Association Clinic presented by Lynn Klock of the University of Massachusetts Amherst (retired). All members of the quartet have been invited to perform in the first ever High School Saxophone Ensemble at the 2016 North American Saxophone Alliance Biennial Conference.