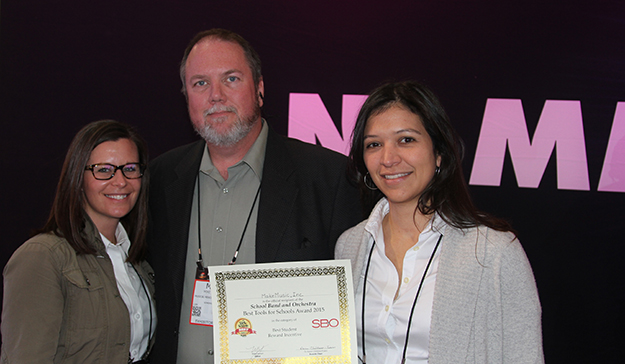 “Given that SmartMusic for the iPad won SBO’s Best Concert Band/Orchestra Teaching Tool last year, we were very pleasantly surprised to learn that SmartMusic was recognized again this year,” said Sonia Bertek, MakeMusic’s director of marketing. “Upon reflection, however, we’re honored that the judges perceive the success that SmartMusic offers as the best incentive – and reward – a student can receive. We couldn’t have said it better ourselves.”