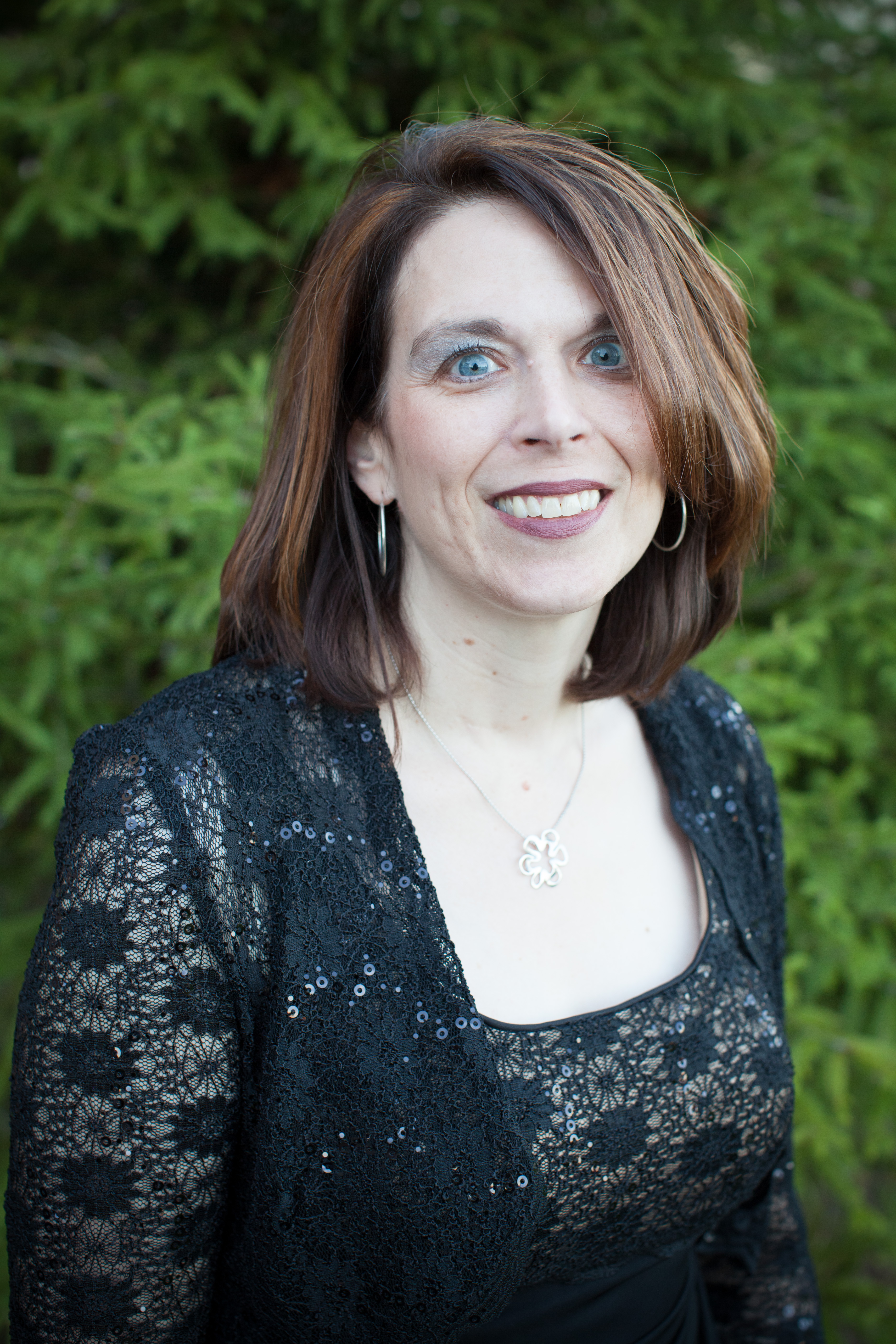 How long have you been a music educator?

What inspired you to become a musician/teacher?

Early in high school, I was getting a lot of pressure to choose a career path.  I think I probably disappointed several of my teachers when I decided I wanted to pursue a career in music.  My parents were supportive, however,  and we met with my high school band director to talk about options.  He was the first to encourage me to consider music education.  During my senior year, I was able to cadet teach with the middle school band director, and gain some early experiences with teaching young musicians.

What is your most cherished memory as a performer or educator?

There were some amazing performances that I have been a part of, but by far the moments that are most special are those when you learn that you had a positive influence on a child’s life.  Those little notes at the end of the year from students and the visits from former students years later mean so much.  Of course, I am sure that our performance at Midwest will be one of those favorite memories too!

What do you enjoy doing outside of the classroom?

I enjoy spending time with my family.  Both of my sons are musicians.  My oldest plays percussion and guitar and is majoring in Music Media Productions in college.  My youngest son plays saxophone and clarinet and is in the concert band and marching band in his high school.  He has an interest in composing.  I still play my clarinet frequently with bands and orchestras in the area and that is a great outlet for me.  I also really enjoy reading.

What is unique about Creekside Middle School?

Creekside is a fairly new school, having opened in 2004.  I was lucky enough to be a part of opening the school and creating the vision for our school and Performing Arts department.  We are a high achieving school academically.  Our Science Bowl Team and our MathCounts Team both just won national championships in 2013.  I’m proud to say that every student on both of these teams plays an instrument in our band or orchestra.  We are also a national training center for teaching students with autism.

When did you start working towards selection for Midwest? Was it a long-term goal for your program?

I think an invitation to perform at The Midwest Clinic is a long-term dream for most band and orchestra directors.  It certainly was for us.

In 2010, we were finally able to add a second band director to our growing program.  We hired Chris Grifa.  By the end of his first year, things were going really well.  Our teaching philosophies lined up so well and our teaching strengths really complemented one another.  We made a great team.  As we were reflecting in May 2011 about the year, I told Chris that I thought we were at a place that we needed to set some ambitious goals for the program.  He agreed.  We decided that we would submit an audition for Midwest in the spring of 2012.  At that point, we didn’t think we would be accepted, but we wanted to gain insight into the process and learn all we could.  That group of kids worked really hard for us, and while we didn’t get accepted to Midwest, we were invited to perform at the Indiana Music Education Association conference in January 2013.   The group that performed at IMEA was a fantastic group of kids.  They worked so hard all fall to prepare for that performance on January 19.  On January 22, we started preparations for our Midwest audition recording sessions.  We prepared for about 3-4 weeks and then did our recordings.  We knew we had an audition that we were proud of, but weren’t sure if it would be good enough to make the cut.  Words cannot describe the excitement and emotion I felt the day we received the news that we had been invited.

How are you preparing the students?

We spend a lot of time on fundamentals of tone production, ensemble playing, intonation, articulation and clarity.  At lot of what we do is based off of the teachings of Eddie Green.  If you haven’t read, On Teaching Band:  Notes from Eddie Green, edited by Mary Ellen Cavitt, I highly recommend that you pick up a copy.   If you listen to recordings of his University of Houston Wind Ensemble, you will hear amazing clarity of sound and an ensemble transparency that allows all the various timbres to be heard.  That’s what we are striving for.  As a middle school band, we obviously won’t get to the level his university groups are at, but it’s a model for us.

We do a lot of work with a drone in order to get the kids listening and adjusting for intonation, both unisons and chords.  We use the Yamaha Harmony Director and the Tonal Energy app for iPad to help with this.  We talk a lot about adjusting pitch and how that is physically done.  We work on different levels of listening (self, section and full ensemble), and we try to get the kids matching one another.  It’s important that all of this be an active process.  The minute any of us switch over to “auto-pilot” then we have lost our focus and we need to try something new.

SmartMusic plays a big role in our preparation.  It’s important that students view SmartMusic as a practice tool, not an assessment tool.  We don’t want them using the software only when there is an assignment to complete.  So as teachers, we had to shift our focus on how and when we were giving assignments.  One of the ways that we use SmartMusic that has reaped the most success is through what we call “completion assignments.”  These are given to students early in the learning process of a new piece of music (often right after sight reading).  Students have about a week to practice the piece with SmartMusic with a goal to score an 80% or higher.  What this means is that our kids quickly get the majority of notes and rhythms down and we don’t have to spend rehearsal time working on those elements.  Instead we can begin to make music.

Additionally, we try to strike a balance between sectional work and full ensemble rehearsal.  With two directors, we can divide the class and dig into the technical aspects of the music and instrument pedagogy.  Then we can come back together and work on balance and blend, ensemble precision, clarity, etc.

We don’t have a private lesson program at our school.  In fact, we cannot even publish a list of recommended private teachers.  As a result, many of our students do not study privately, and it’s difficult to get those who do to take lessons with the teachers that we prefer.  We are doing some summer rehearsals this year to help with our Midwest preparations and hope to bring in some of those really outstanding private teachers to do some sectional work for us during our band camp week.

What were your expectations upon submission? Did you feel like there was a good chance of being selected?

When we submitted our audition to The Midwest Clinic, we told our students that we thought we had a really good recording, but because so many wonderful groups apply, chances were slim that we would be selected.  We certainly hoped we would receive an invitation, but had no expectation that it would actually happen.  There are a lot of amazing programs out there.  It is an incredible honor to be chosen.

What was the reaction from students/parents/administration when your band was selected?

Everyone was really excited, and I think the students were stunned.  You can read my blog post about this on the Midwest website.

When we first got word that we had been invited to perform at The Midwest Clinic we had just started a week of Spring Break. I was enjoying a “stay-cation” at home, and my co-director was visiting family out-of-state. We were both thrilled beyond belief, and quite honestly, found ourselves wondering if it wasn’t some sort of belated April Fool’s joke. I think we talked by phone four or five times that day and exchanged in excess of 100 text messages! Our first inclination was to share our wonderful news with everyone, but we both really wanted our students to be the first to know. Our kids have been absolutely amazing this year. They had just finished a performance at the Indiana Music Education Association conference in January and had worked so incredibly hard all fall to prepare. After that performance, we went into intensive preparations for our Midwest audition. Our students did everything we asked of them without fail. They had great attitudes, and never let us down! Our students deserved to be the first to know about their achievement! Of course, there were a few exceptions. . . we contacted our superintendent and principal to get their approval and blessing, and a few trusted colleagues were told, but all were sworn to secrecy. When we arrived back to school the following Monday, some students even asked whether we heard anything about Midwest. We didn’t tell! At 12:15 p.m., our entire administrative team joined us in the band room as the students entered for class. Everyone got their instruments out as usual. (Having administrators in the classroom is a regular occurrence at our school, and no one seemed to wonder why they were there.) Once the students settled into their seats, we read the first paragraph from our acceptance email and the reactions from the kids were priceless. There were cheers and applause, but so many were just stunned to silence at the huge honor they had received. And then the smiles broke out! Our principal congratulated the students and talked about their dedication. It was so awesome to celebrate with these kids.

Will you change anything next year in preparation for the Midwest performance?

We usually don’t rehearse over the summer, but we have added 5 evening rehearsals and a week of band camp this year to get a jump-start on our preparations.   In addition, we will take what has been working well for us and try to make tweaks to continue to improve the process.  We also hope to have respected colleagues come in, listen to the group and work with them a little more frequently this year.