Teaching rhythm can be both one of the most rewarding and frustrating parts of working with young musicians. Nevertheless, we all recognize how strong rhythm foundations can greatly improve sight reading skills, rhythmic stability, and overall independent thinking in a large ensemble.

When children first learn to read a book, they often start with some kind of bookmark to prevent themselves from losing their place as they read the words on a page. After being a SmartMusic user for a few years, it finally dawned on us that SmartMusic has its own “bookmark” – its cursor! This realization inspired us to begin composing rhythm charts that could be catered to our program. Here’s what we do…

Select a Counting System and Stick to It

It doesn’t matter what counting system you use, as long as you identify one and you stick to it. At Gregory-Portland ISD, we use a modified Eastman System of Counting (1 te 2 te 3 te 4 te). When we count 16th notes, instead of saying “1 ta te ta,” we individualize each syllable as “1 ti te ta.”

Having a consistent counting system is incredibly important and will form the basis for all music making that will follow. To minimize confusion and maximize consistency, this counting system should be vertically aligned to your high school feeder programs as well.

What is it you want your students to accomplish by the end of week one? What should your students be able to count after one month, six months, or the end of the school year? In our band hall, students should be able to count quarter notes with respective quarter rests by the end of week one. By week two, students have counted half notes and whole notes, and by the end of the semester students have counted eighth notes and syncopation. It’s helpful to have a year-at-a-glance calendar or an outline so you can work to accomplish these goals and approach teaching rhythm in an organized sequence.

When students come to our band hall on the first day of school, many have not had significant music training. They might have had a music class once every other week, but many have a very limited musical understanding. It is best to assume that they have no prior concept of rhythm, and work from there. This ensures that all students will learn on an equal playing field. I have yet to meet a student who has ever heard of the Eastman Counting system. Nevertheless, every student can learn how to sit and count like a professional.

Our first SmartMusic chart simply teaches students how to tap their foot. The chart has nothing but quarter rests and the “click” function is enabled with a subdivision. The purpose of the chart is to get the students acquainted with the click and following the SmartMusic cursor. We usually spend the whole class making sure feet are in sync and have two parts (a down and an up for subdivision purposes).

On day two, we start by showing them a quarter note, and telling them to say “ONE” (a two-syllable subdivided count). Each line is basically a 4/4 measure with one quarter note followed by three quarter rests with the word “ONE” printed under the quarter note for the first few lines. After a considerable amount of time, the rhythm moves on to count 2, and the text disappears before moving to counts 3 and 4.

We’ve included some of our rhythm charts here to give you a starting place.

We recognize that what works for our program might not work for yours, so these are MusicXML files you can upload and edit in Finale, the new SmartMusic’s Compose tool, or whatever you wish. We only ask that you do not sell these or distribute them without permission.

How to Use the Charts

At the beginning of every class period we spend about 10 minutes without instruments focusing just on rhythm.  We usually spend about a week on each concept. A different chart is dedicated to each day of the school year.

Each chart is one page in length, and usually four measures per line. Repetition is highly effective in the charts. Because of this, each line has the same rhythm for four measures. The next line will be similar to the previous line, but will only change one small part so that each line builds upon the previous one. The last two lines will combine all rhythms from that day’s chart, but every measure, or every two measures will be different (forcing students not to go on automatic pilot).

The entire class will count the chart with the tempo set at approximately 70 BPM. Afterward, we will divide the class into two teams and make a game out of the chart. For instance, half the class will count while the other half counts how many mistakes they made (we call them the “scorekeepers.”) Whichever group has the least number of mistakes wins. After the game is over, the whole class counts the whole chart with an objective in mind (such as counting the chart with fewer than three mistakes, etc).  Since Mondays are often historically “rough” days, it’s best to use that as the “review” chart that takes everything we’ve covered throughout the week, and introducing the new concept on Tuesdays. After one week of counting a concept, the next concept will always have elements of the previous week/week’s concept.

Are you adding rhythm work to your lesson planning? Download our free template.

By the end of the school year, students will have covered every possible rhythm combination from quarter notes, half notes, and whole notes (and their respective rests) all the way to compound time (up to 12/8) with 16th notes.

These charts work because every kid gets it. Even if they don’t play their instrument well, they understand the concepts. As a result, our ensembles are more rhythmically stable, they read better, and rehearsal time is saved because more students can think and figure out rhythms independently. 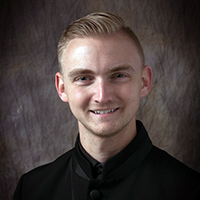