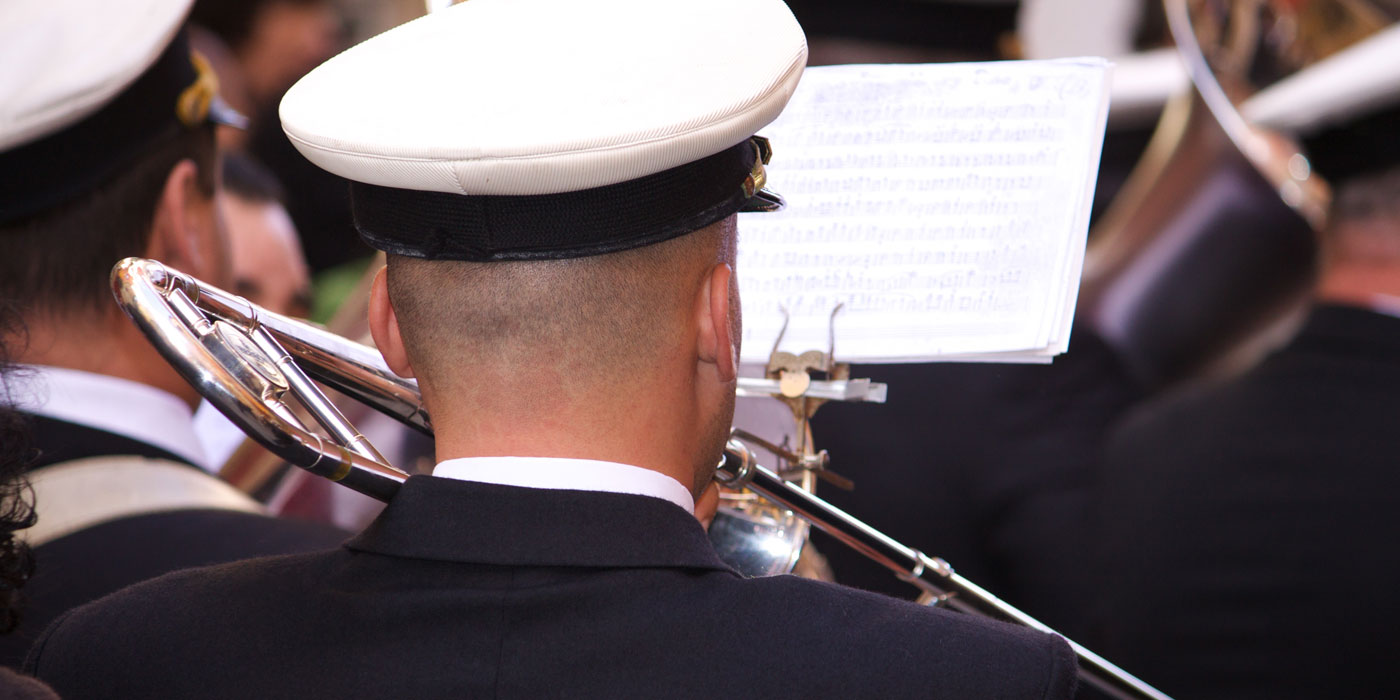 Composed on Christmas Day, 1896 by John Philip Sousa, The Stars and Stripes Forever quickly became one of the most famous marches both in the United States and abroad. In 1987, the U.S. Congress designated it as the National March of the United States.

As we approach Veterans Day 2019, I thought it would be a good time to focus on proper performance of this great march. While I would like to claim incredible insight into the march, there is no better expert than Loras Schissel, senior musicologist at the Library of Congress. If you’d like to gain greater insight into proper performance of Sousa’s marches, I highly recommend watching Secrets to Successful Sousa.

While the entire video is fantastic, Loras gets into The Stars and Stripes Forever at about 1:04:40. Then, read my short article on SBO Magazine titled Teaching the Great American March.

After doing this little bit of homework, make sure that your students have a good arrangement. There are three that I recommend. Andrew Balent has a fine one at the J.W. Pepper Easy rating. At the Medium Easy level, James Curnow’s is very good. The very best one of all is at the Medium level, edited by Brion/Schissel.

If you are performing the easier versions, I highly recommend buying the score (only $7) to the Brion/Schissel arrangement because the voluminous performance notes are fantastic. There are a number of other arrangements/editions, but I have found all of them have some flaws compared to the recommended editions.

Below are several areas that frequently need work in order to get a great performance. I will not mention things included in the Brion/Schissel edition performance notes which are a must.

Marches of this era were really conceived as dance tunes and having the students think of them that way instead of marches can help. The beat must be absolutely solid and most ensembles will rush the quarter notes in Measure 3. You’ve got to fix that by using some of the techniques mentioned in my SBO article (link appeared earlier), to work on their internal metronome. Ensuring that they are putting space between the notes will help. Frequently, they will play the notes the correct length but will omit the silence, thereby compressing the rhythm. Fix this issue here because it will recur throughout the march.

Even the better editions include impractical things such as a crescendo from fortissimo. In all types of music, I try to get ensembles to interpret crescendo as “start softer.” In many editions this occurs in measure 5. Play the downbeat at ff and then come down to mf enabling a brief crescendo.

Musicians of Sousa’s time would have played staccato and marcato accents much shorter than they are performed today. I like to use bowings to convey that. Staccato is correlated to pizzicato. Not accented, very light, and the note has a quick decay, creating the space for silence after it.

Think of the marcato accent as being a violent and rapid downbow with the bow coming from off the string. Lots of impact at the front, but again, a quick decay of the sound. Think of tenuto as full bow. Not only full value but with added resonance.

Performing all of the articulations right is really important to achieve a convincing march performance. If the edition you are using doesn’t have many articulations, you can take them from your Brion/Schissel full score (again, only $7!).

Sadly, many of the march performances I hear are all one volume. Stars & Stripes really needs the piano strains to be played with a sweet and singing approach, never bombastic.

The bass line and horn afterbeats need to be very staccato meaning light and with space between the notes. If you get this rhythm section right, the melody should be able to float effortlessly on top.

The melody must be in eight-bar phrases with a quick breath at the halfway point if needed (no breathing every two measures please!). Let the dark and smoky clarinet color be the lead timbre. At Measures 53-54, don’t let the low winds overdo the “hairpins.”

Note that the eighth notes are staccato, not accented. Don’t let them get too flabby. In measures 72-73 and 76-77, just like in measure 3, this will rush unless sufficient space is placed between the notes. Don’t let the rhythm compress! This also applies to all of Measures 79-94. Keep the break strain from getting too loud. A solid and well-articulated fortissimo is better than a blasting ff.

At measure 95, first time, ensure your clarinets are playing the lower octave and tacets are being observed. Please don’t change the tempo on the repeat!

Many bands have the brass stand on the repeat of the Grandioso strain. It’s a great visual effect but can result in awful balance issues. For some reason, when brass players are asked to stand the result is often blasting, sloppy articulation, and out-of-tune playing.

The final Grandioso strain should be the highlight of the composition, what the rest of the march is aiming toward. Ensure it is wonderfully musical with a legato melody, a supporting countermelody, and a bouncing rhythm section.

Of course SmartMusic includes The Stars and Stripes Forever. Try SmartMusic for free.

Looking for some great videos? Watch The U.S. Army Field Band here. This was recorded just a few months after I moved from this incredible band to The U.S. Army Band Pershing’s Own and they are led here by my good friend Tim Holtan.

You can watch The U.S. Army Band Pershing’s Own perform it live in concert here, starting at 1:56:55.

The Stars and Stripes Forever is sort of like the 1812 Overture. It’s performed often but often it’s performed not so well. I hope you take advantage of these resources to inspire your musicians to turn this wonderful composition into something special for your audiences. 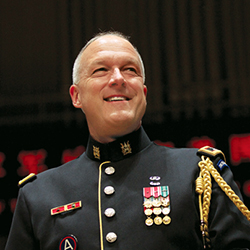 Colonel (U.S. Army retired) Thomas H. Palmatier had a distinguished military career of more than 37 years culminating as commander of the U.S. Army Field Band and then the U.S. Army Band Pershing’s Own. He is an active clinician, speaker, and conductor, is a Conn-Selmer educational clinician, is on the faculty of the Music for All Director’s Academy, and writes a monthly column for SBO Magazine. Many free resources are available at ThomasPalmatier.com. Highlights include Sound Like This, a collection of videos for every instrument in the band and orchestra, and Clinics and Presentations.