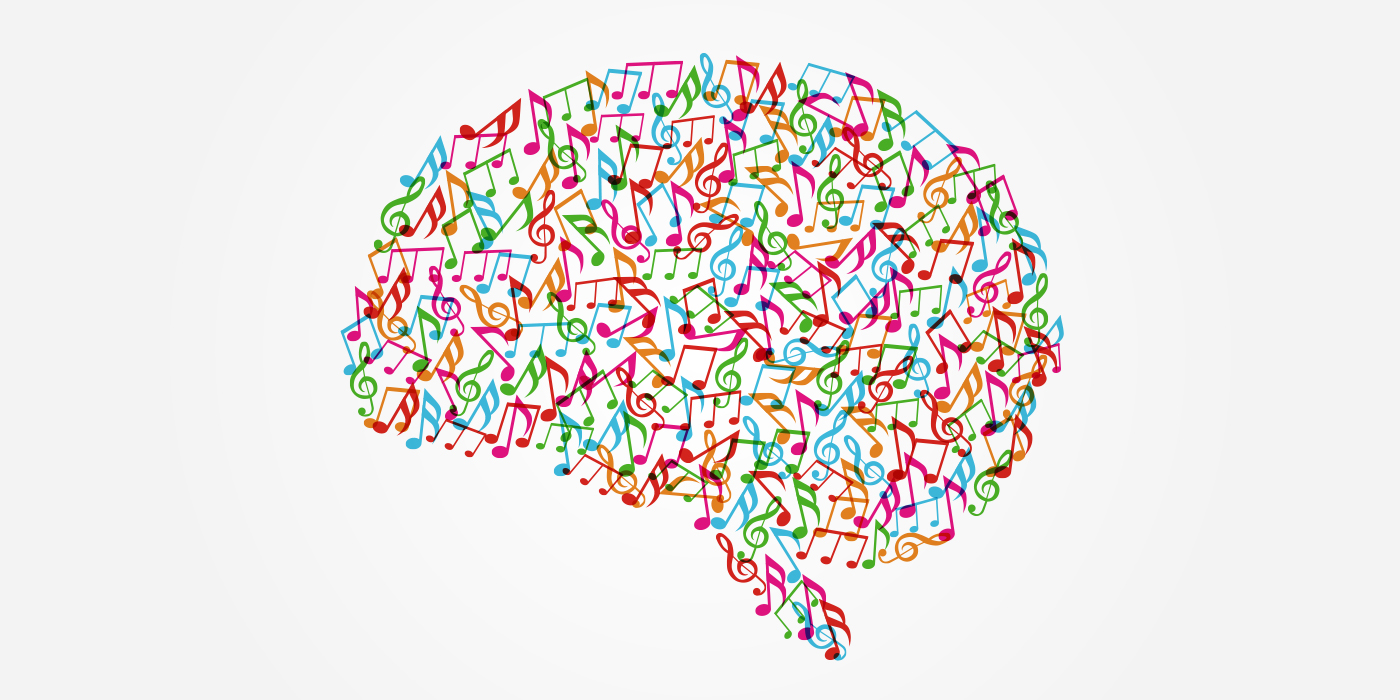 Music teachers are busy folks. Why take the time to learn about the brain when it’s hard to find 15 minutes to eat lunch? How can our music classrooms, rehearsal halls, or private studios benefit if we take time to learn about brain function and neuroscientific research? I want to suggest that, while real, rigorous investigation of the brain is best left to neuroscientists, it is both fascinating and beneficial for us to become acquainted with the basic workings of the brain and how they impact learning.

Engaging in this kind of professional discovery will help us better understand how our students learn and process music, which is an excellent investment of time.

Who Can Make Music?

There is research attesting to the fact that every human is born with some amount of potential to make music (Koelsch, 2011; Koelsch and Siebel, 2005). This potential (called aptitude by Edwin Gordon, 2003) is different than achievement in music, which simply refers to what one has “done” musically in the past. Intrinsic human potential for music indicates that each student we teach can make music at some level.

Knowing that all humans are musical allows music teachers to easily get past the myth that music education should be reserved for a subsection of the population: the “talented few.” It is imperative to get this message out to people – first to ourselves as educators, then to our students, colleagues, administrators, and then on to our broader community.

While there are studies demonstrating that musical processing ability is seen in every human brain, there are also others that reveal that even in the absence of formal instruction, the most basic musical elements can be acquired through normal levels of exposure to music as humans grow, a result of genetics and environment interacting (Hannon and Trainor, 2007.) Both musically trained and untrained people demonstrate the ability to acquire basic musical skills, though at different rates (Kanduri, et al., 2015; Koelsch, et al., 2003, Hamamoto, Botelho, & Munger, 2010.)

Furthermore, it seems that regardless of the quality of musical environment, most people eventually achieve the ability to sing, at least at a basic level (Peretz & Zatorre, 2005.) Taken as a whole, once again we see the research indicating that music is an inherent and unique capacity for all humans. Research simply supports what many music educators have always known: all children are musical. Because of this, as they do for subjects like math and reading, children need excellent instruction to draw out that musicality.

Parts of the Brain

Let’s take a step back to take a look at a very important part of the brain. The cerebrum is the largest & most highly developed part of the brain. The cerebral cortex is the folded outer layer of the cerebrum. It encompasses about two-thirds of the brain mass and lies over and around most of the brain’s structures. The cortex is divided into right and left hemispheres that are connected by a thick white band of tissue called the corpus callosum. The corpus callosum helps transmit messages from one hemisphere to the other.

The cortex is packed with cells called neurons (more on these later) and is often referred to as “Grey Matter.” Many scientists say it is what makes humans, human. It is involved in several functions of the body including:

Because it is so intrinsically involved in brain interactions and learning, the cerebral cortex is of special import to educators. The wrinkles (fissures) on the cortex are folds that are formed to make more space. More space means more neurons can connect as a result of learning and practice. The more folds in the cortex, the more neural networks that have been built through much learning and practice. These networks are built from neurons connecting to other neurons via synapses.

Let’s wrap this brief look at the brain with one of its most important parts: the neuron.

While there are many estimates, it is generally thought that a “typical” brain is made up of over 10 billion neurons. Simply put, these cells are responsible for communication in the brain. They are the basic building block of the nervous system, taking in, processing, and sending out information via electrochemical signals.

A neuron has dendrites leading into the cell body that receive information from other neurons before sending it on through the cell body, and then down through a tail called an axon. The axon conducts the signal originally received via the dendrites away from the cell body and toward other cells. When this happens, the neurons are said to be “firing” which means that they are transmitting and receiving information. If this takes place enough times (and it has to happen a lot), these neurons begin to build a network. The synaptic connections become stronger, allowing the brain to perform the most complex of tasks, like playing a passage from a Beethoven sonata, or dancing the pas de deux from the Nutcracker!

The connections between neurons are called synapses. At the end of the axon referred to above, information must cross what is called the Synaptic Gap (because neurons do not actually touch), to get to the next neuron. This electrical/chemical transaction is crucial in learning.

To set any habit in place (good or bad) repetition is required. It is amazing to consider the fact that a baby is born with about 100 billion neurons, each with approximately 2,500 synaptic connections. By the time a child is three years old, it is close to 15,000 per neuron. Synapses form rapidly in the 1st 5 years of life: 700-1,000 new synapses per second!

These occur with every interaction a child has with their environment, forming the brain’s architecture. Every time you talk to, sing to, dance with, read to, yell at, move with, criticize, encourage, or soothe a child, you are quite literally shaping their brain.

What Can Music Educators Do?

Now that we know these things, how should they impact our practice? What things in our instruction will complement what we know about how our students’ brains are developing? First and foremost, we must think carefully about how directly what we do impacts the minds of those we teach. What does this mean for our classrooms?

If you teach the littlest of littles, there is much for you to consider. If early stimulation and engagement help unlock the brain’s full potential and resilience, those teaching infants and toddlers must capitalize on the early years for nurturing, security, and education in all areas, including music.

Focus on helping your littles begin their musical journey by actively and consistently engaging them in high-quality musical activities using authentic, fun, and magical repertoire. John Feierabend’s First Steps in Music for Infants and Toddlers and also First Steps in Music: Preschool and Beyond are outstanding choices for doing just this. Teach high-quality early childhood classes whenever you can, or encourage parents to find this type of class on their own. By doing this, parents will hopefully become more apt to make music with their young child at home, which will only serve to increase their child’s aptitude. Educate your colleagues, administration, and parents about the power of musical engagement at home, regardless of their confidence in their personal musicality.

For those of you working at the early and later elementary level, keep in mind that every students’ musical aptitude is in flux and will be sensitive to the experiences that you offer (or don’t offer) them. Recall that, during these critical years, a child’s genetically-endowed potential for music can be “grown” by a highly-engaging music environment, and you are most likely the only person who is concerned about providing this type of environment. This growth takes place through rich, engaging musical experiences that continue building a solid musical foundation. To these you should now add more formalized general music education.

Dr. Feierabend suggests that every music lesson experienced by students who have become foundationally musical should have three parts: notational literacy, learning “about” music, and “doing” music. So make sure you offer students plenty of singing games, folk songs, canons, folk dancing, Orff instrument experiences, and other music making activities. During these activities, teach just them something “about” music, though you shouldn’t spend too much time at this age doing this. Finally, begin showing students that musical notation represents the things they can sing, play, and hear in their audiation. Dr. Feierabend’s Conversational Solfege program is an invaluable tool to help students become musical thinkers during the general music years.

If you are a middle or high school teacher ensure that, no matter your students’ age, they are musical. If not, work toward that with age-appropriate “doing” of music, more than you might think would be normal at this level. More challenging part singing, instrument playing, and movement experiences are crucial to keep strengthening their foundation. If they are truly independent musicians, it’s time to fill the vessel, which means that you can really dig into teaching the “about” part of music. Of course this is prime time to encourage active participation in instrumental lessons, ensembles, and choir, as well as demonstrate what it means to practice well.

SmartMusic includes repertoire for students at all levels. Try it for free.

What I have described is simply my interpretation from my own study of neuroscience as a non-scientist, but I believe it is important information and a great place to start. I certainly hope you are encouraged to learn more on your own.

When we begin to understand that the brain has very specific networks for learning and music processing, and that these networks are highly sensitive to instruction and experience, we can be confident that what we do as music teachers is not only something wonderful, but something necessary in the lives of our students. 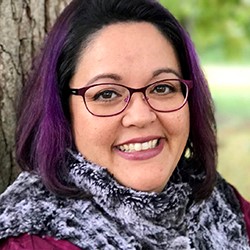 Missy Strong has taught general, choral, and instrumental music for over two decades. In addition to teaching elementary general and choral music, Missy is adjunct professor at Montclair State University. She is a founding member of FAME and is president-elect. A frequent music education consultant and clinician, Missy presents conference sessions, professional development workshops, and courses at the international, regional, state, and local levels. She is a published author and editor with articles in both state and national music education journals. She is also a contributing author for an upcoming music education book from Oxford University Press and host of the Tuneful, Beatful, Artful Music Teacher Podcast.