I was in college when I hit the wall as an improvisor. Up to that point I had gotten along on my instincts and on a fairly good knowledge of harmony. I had been transcribing solos by my favorite jazz artists and had the Charlie Parker Omnibook, Oliver Nelson’s Patterns for Jazz, and Jazz Improvisation for Saxophone by Lennie Niehaus. I had a pretty good understanding of be-bop vocabulary, both on the saxophone and on the piano. But when it came to my turn to solo, I was starting to feel a little lost. I wasn’t satisfied with the mere parroting back of other people’s licks when I was soloing.

My teachers would say “Don’t sweat it, your style will come, just stay at it.” They felt that by learning the licks and patterns of the great jazz artists, you were building a foundation for your own style and vocabulary. And I think that what they were saying is essentially true. But that knowledge was not at all comforting to me at the time.

All I knew is that every time I took a solo, my mind felt all blocked up and unfocused. My played seemed frantic and random, without any sense of logic or structure. As much as I tried to relax and trust my instincts, I was feeling a lot of pressure to play well, and that would inhibit my ability to experiment and take chances.

In the nick of time, I met a guy named Warne Marsh. Heard of him? His career was a bit under the radar, but he was one of the most original- sounding improvisors on the saxophone that I’ve ever heard. He came up playing and studying with Lennie Tristano and Lee Konitz  (Google ‘em) and had a completely spontaneous and inventive approach when he played. And lucky for me, he had moved to Los Angeles and was accepting students!

Warne’s first comment to me was to tell me I should stop playing with so much emotion. I questioned him on that. “What’s wrong with emotion in music? Isn’t that kinda the whole idea?”

“Not if you are using it as a crutch,” he replied.

So, I had to pledge to Warne to hold my emotions in check for the time being, to concentrate on using my intellect in my approach to improv. Seems a little counterintuitive, right? I thought so too, but I was willing to give it a go.

We started out with a concept that worked so well that I use it with students today. The exercise was this – pick a tune – not a blues, but a standard, and, at a fairly slow tempo, improvise a solo using only quarter notes. That’s right – no other rhythms, just four notes to the bar, leaving a space here or there to breathe.

The idea is to slow down the process so that your brain has a chance to catch up. You take away any concern about adding emotion or performance value, this is just a method to train your brain to think spontaneously. Remember – it’s QUARTER NOTES ONLY! No scoops or falls or jazzy inflections.

Does it sound easy?  Give it a try – it is surprisingly hard! Your musical instincts will shout at you “PLAY SOMETHING ELSE! ANYTHING ELSE! ADD SOMETHING INTERESTING!” But, don’t you do it. We go a step at a time here. If you can play an interesting solo using only quarter notes as a device, you are at stage one of training your brain to think spontaneously, to react quickly in real time.

After I got comfortable with that exercise, Warne would, as a wrinkle, tell me to accent beat one in the first bar, then accent beat two in the second bar, beat three in the third bar, etc. Seem simple? Try it, then get back to me!

Sometimes Warne would say something like “Play ‘Donna Lee’ (the Charlie Parker song based on the chord changes to “Back Home in Indiana”) but displace the melody – start the melody on beat two of the first bar, instead of beat three where Bird wrote it.

Understand, nobody really wants to hear you displace the melody to “Donna Lee” on a gig, but as a set of brain calisthenics it was great! And very difficult!

As my studies continued with Warne, his concepts started to seep into my consciousness and became natural and organic and a part of my own growing personality on the saxophone. I added the emotional component back into my playing and felt liberated and confident about my soloing.

Although, I must caution, that last bit is an ever- evolving state. Your growth as a soloist and as a musician will never be complete. There is always room to grow, things to learn and discoveries to make. That’s why a life in music keeps you young! There is nothing better, folks.

I hope you will give some of these tips a try, and stay tuned for more to come! 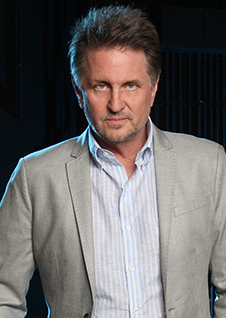 Gordon Goodwin is a GRAMMY and Emmy award-winning composer, arranger, and performer. He’s the leader of Gordon Goodwin’s Big Phat Band, the critically-acclaimed ensemble made up of LA’s finest musicians.

Goodwin’s scoring and orchestration can be heard in many films including The Sorcerer’s Apprentice, Get Smart, National Treasure, The Incredibles, Remember the Titans, Armageddon, The Majestic, Enemy of the State, Star Trek Nemesis and even Attack Of The Killer Tomatoes.