Intonation is an annual struggle in the middle school band classroom, but taking time early in students’ development to teach the concept will pay dividends for the rest of their lives. Intonation is a taught skill. Many younger students are often completely unaware that tuning problems exist. Understandably, they are unable to focus on and fix these issues. Though there are many avenues to building strong intonation practices with our younger students, the following are some of the ways we have successfully navigated this potentially rough terrain.

Start with a Solid Foundation

The first and arguably most important part of building a young musician’s intonation is to start with the very basics – making sure they are playing with the correct embouchure and a supported sound. Many directors lament their band’s inability to play in tune, but a quick scan of embouchures in the room shows the root of the problem.

In our schools, a favorite trick to use for proper air support is to have the students blow up balloons. Brass players should slide the balloon over the shank of their mouthpiece, while woodwinds can hold the balloon between their lips as normal. Brass players can simply blow through the mouthpiece or buzz (which is our preference) to get faster results.

Give the students 8 counts to blow up the balloon; then 4 counts; then 2 counts. Watch as they inflate the balloon with increasingly faster air, and then immediately have them play a note on their instrument (concert F works well for this). Playing excerpts into tubs of water, aiming for bubbles, and buzzing while holding a piece of paper in front of their mouthpiece are two additional activities to promote brass air support.

With any of these strategies, you’ll be able to see by the looks on their faces the immediate improvement in the sound of their instrument, and now you’ve given them the block of granite that we can start to chip away into a beautiful, in-tune sound!

Once the students are consistently playing with proper embouchure and air support, the next step is guiding the students through harmonic and melodic intonation. CAUTION: This area can get boring if you let it! The students have come to play their instruments, not spend an entire class getting lectured on the nuances of music theory and the intonation tendencies of the major scale. Yes, this is important, but not yet. Rather than teaching them how to identify the tuning tendencies of a major chord on paper, have them listen to what playing in tune sounds like and make the process as interactive as possible.

To teach harmonic intonation, as with any lesson, you should be prepared to build the scaffold up to the major chord, but don’t start there. Get the root in tune first, then tune the 5th. Have students hear the perfect interval in tune and memorize what it feels like and sounds like when it happens. Once they can play two notes in tune, add the 3rd of the chord. We’d recommend doing this for no more than five minutes during your warm-up time, any more than that and you’ll lose your musicians.

Also, plan on switching up how you approach this concept. Making trios of students, having a tuner projected as a visual on the board, and having them record themselves in- and purposely out-of-tune will help break up the possible monotony. Reinforce the concepts a little every day and your students will know that it is your expectation that they will play in tune.

For melodic intonation, the students need to be able to hear the line and match it. This is one of the most understated but fantastic features that SmartMusic provides. When the students get their playing tests or are practicing with SmartMusic, they are hearing an accomplished musician play their instrument within the ensemble. If they isolate the “my part,” they will do everything they can to match that sound without even thinking about it.

If your students are like ours, most of them are not seeking out recordings of great concert or jazz bands unless prompted. However, when they practice with SmartMusic, they’re getting exposed to those great sounds and hearing balance, blend, dynamics, intonation, and everything else we try to get them to do every day. Once they hear it enough, they will start to model their sound after what they’re hearing, and then you’ll know they’re really starting to develop their ears.

Once students are aware of the need to tune, we can share some tips to help them remember how to tune. What we’ve found to be most successful is to share analogies that the kids can repeat. None of these are originally ours (as much as we’d love to take credit for them), but rather taken from observations and conversations with colleagues over the years.

A final visual cue that we like to use is as simple as a trombone slide, and the trombones always seem to love to demonstrate for the band. Start them in 3rd position, have them glissando up to 2nd, back to 3rd, down to 4th, and then back up to 3rd. The band can then easily see the connection between the changing pitch of the trombone and the length of the slide. Giving them a visual will cut down the number of times you’re hearing, “Wait, what do I do when I’m sharp again?” and will help you maintain your sanity while teaching intonation.

In our second post on tuning, we’ll talk about using tuners (and other apps), and share an ancient secret to better intonation. 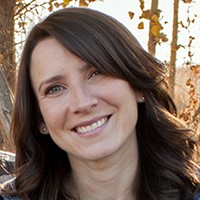 Originally from Auburn, Alabama, Erin Moriearty moved to Colorado in 2008. She earned a Bachelor of Music Education from Auburn University and a Master of Music Education (with a minor in ethnomusicology) from the University of Colorado. Erin is entering her ninth year at Louisville Middle School. Under her direction, Louisville bands have doubled in size and consistently receive superior rankings at festival. She was twice awarded an Impact on Education Grant and serves on the school’s Alliance Grant Team and Management and Efficiencies Leadership Team. She is also part of the Fine Arts Curriculum Council in her district. When she’s not in the classroom, Erin loves to cook, travel, hike and go on adventures with her husband, Sean, and their two rambunctious kids.

Dan Pinkston is currently in his 12th year of teaching and his 11th year at Monarch K-8. Under his direction, the MK8 bands have consistently received high ratings and gold medals at area competitions and festivals. Dan was awarded the Impact on Education award in 2018 for "extraordinary impact on student learning." He enjoys serving as guest conductor for honor bands and adjudicating various solo and ensemble contests. Dan is also entering his third year as the Secondary Music Teacher Leader for Boulder Valley School District and serves on the district's Curriculum Council for music. Dan received his BME from the University of Colorado in Boulder and his MM from the American Band College of Sam Houston State University.