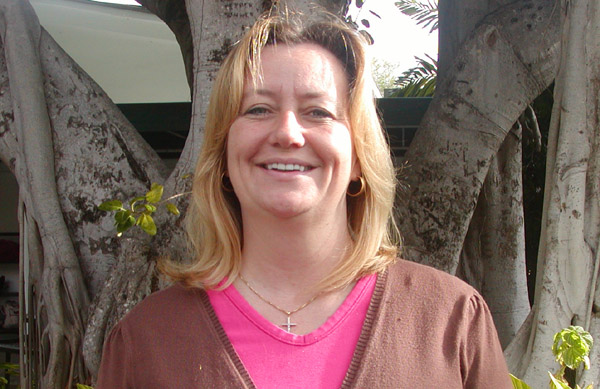 Dave: How has the SmartMusic Gradebook changed the way you teach?

For me, being able to assign SmartMusic skill tests – which we use as a pass-off system – and have them automatically post in the Gradebook makes things a whole lot easier for me, because the kids just get in the habit of logging in and seeing what they have to do.

And since I don’t have to listen to students playing these tests in class, our class time together is devoted to skill development and rehearsal, not testing students individually.

Dave: When we think of the Gradebook we think of assessment – the red and green notes – and the recordings that come back to you. Is one of these more important than the other to you?

I think the on-line assessment – the red and green notes – and the associated score are more helpful for the kids because it allows them to know what they’ve done right or wrong and they consider it almost like a video game. When they see that they’ve got 85% they want to keep trying and trying to improve that score. My policy is that they have to get 90% or above before they submit an assignment, and I’ve got a couple kids who refuse to submit anything less than 100% — so they keep practicing. It’s like Guitar Hero but for band. We call it Band Hero!

For me the recording is more valuable. I tell the kids that even if they get 100% on their playing test and all the notes are green, if the slurs aren’t good, or the tone quality isn’t good, then I have the right to reassign and send it back to them for more work. So I value the recording on my end – they value the assessment on their end.

Dave: How often do you give assignments to your students? And typically what kind of assignments are they?

The beginning band works out of the Essential Elements book. I’ve highlighted maybe forty songs out of the whole book that they have to go through – in order – and at their own pace. So some kids have already finished book one and they’re working on book two, and the rest are spread out in the first book.

The intermediate group does the same pass-off system, but they work out of Essential Elements, book 2. I assign scale tests that they have to pass to get points every week, and I also assign rhythm tests that are automatically generated once a week.

The advanced band has scale tests and rhythm tests once a week.

Dave: When we spoke recently you mentioned having spoken to some educators who’ve heard of SmartMusic, but hadn’t used it yet. Do you have any sense of what we need to better communicate to these folks to encourage them to try SmartMusic?

I recently explained SmartMusic to someone who said that it sounded like the old Vivace. I explained that it is made by the same company, but that it’s become a much more affordable and universal product. I think some people don’t know everything that’s in SmartMusic. They still see it from the older standpoint of solo accompaniment – they don’t know about the accessible method books or assessable concert band assignments.

The three pieces we’re doing for FBA are in SmartMusic as well so the kids can practice along with the recording, which I find very valuable – the ability to hear how it fits with everyone else. I guess that people just don’t really understand everything that’s in there.

I’ve also heard people say that “I don’t know if my kids will pay for it,” when I know that the kids could scrape up $30 a year if they were given a chance to see what it was. I have parents and grandparents who see it in action and who want it for themselves — to help them learn an instrument.

Dave: Some educators are using SmartMusic but haven’t made the leap to use the Gradebook as well. Sometimes there’s a little gap there, a little chasm of understanding. Do you have a comment or two that might encourage others to try the Gradebook?

Being able to set up assignments in a way that the kids always have something to work on has made questions disappear. “What am I supposed to be working on?” Well, they always have something  to work on. Once you’ve graded their assignments you can put comments to the kids in their Gradebook. They can log in and check them, and this provides a great way for parents to see and hear what the kids are doing. The Gradebook creates an on-line portfolio. If you have a parent conference if you’re doing any sort of audition process or leveling process this portfolio makes it very easy to access what the students have done – to monitor student progress – from anywhere you have Internet access.

Dave: Have you heard any specific comments from parents on this?

They all wish they’d had it when they were in school!