Bob started out on the clarinet in the fourth grade and added the alto saxophone in high school to play in the jazz ensemble. Bob participated in the marching, concert, and symphonic bands at Kiski Area High School in Pennsylvania, and subsequently attended Grove City College in Pennsylvania for his music degree. 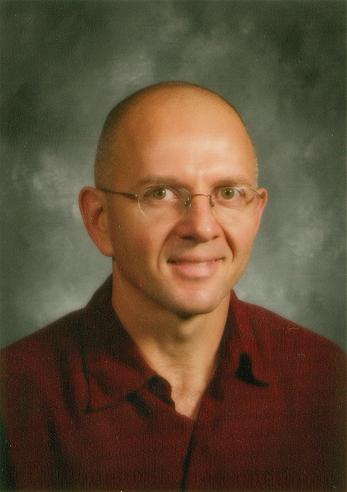 What made you decide to be a music teacher?

I’ve always enjoyed working with kids. I knew I was going to be a teacher; when you enjoy what you do, it’s not like work at all.

How did you get started with SmartMusic?

About 5 or 6 years ago, I was looking for software to use in my class. I found SmartMusic and ordered it. I was pretty amazed at what it could do. I found that the students who were using SmartMusic were the better players and I did not think it was a coincidence: They were practicing way more than the other kids in the band. Then, for various reasons, I wasn’t able to use SmartMusic for a couple of years. I went back to using it last year and was amazed — especially about the Gradebook. I showed the kids how to use SmartMusic in class and they loved seeing that quick feedback on the screen. Now it is just a normal part of the classroom.

It sounds like the students really got into it.

That program is so easy to use that after I gave them the basics, they just ran with it. In the corner of the room where I teach lessons there is a computer that is designated for SmartMusic. Students come into class, go back to the computer, and start using it. I actually love using it myself. It gives me an avenue to perform, which is kind of nice.

How has the Gradebook affected your teaching?

We live in a rural area. There are not a lot of teachers for kids to take lessons from. I had kids enroll for class through SmartMusic and was giving them assignments through the summer. It kept them working hard throughout the summer instead of just putting their instrument away and doing nothing. They showed up in September so much better than when they left.

What effect did using SmartMusic have on the students?

The biggest thing for me is how kids of mixed skill levels can all develop quickly using SmartMusic. I am able to individualize my instruction even though I have a lot of students. And if it weren’t for that, we wouldn’t be able to play some of the music we do. It helps me be more efficient with the time that I have.

What do parents think about SmartMusic?

Many parents don’t have music experience or it was so long ago they forgot a lot of things. SmartMusic is like having a teacher there with them. Some parents have even begun playing their instrument again with SmartMusic. A parent of one of my students is an administrator in the district and every time I see him he is talking so positively about SmartMusic. He thinks it is the greatest music software he has seen.

What would it have been like if you used SmartMusic as a student?

Neither of my parents played an instrument. When I was at home practicing as a fourth grader it was just me and I had to remember what the teacher said. Someone who is 9 or 10 can’t remember everything. I would probably be a better player today and would have had a better foundation. SmartMusic allows the students to learn so much faster.

What is your favorite feature?

That’s probably the hardest question you asked me! There are so many…For me I think it is the Gradebook because we can do more outside of the regular school-day schedule.

What is your advice to teachers getting started with SmartMusic?

Usually when people consider using technology, they get put off because they think it is going to be too difficult. But this program is so simple even a fourth grader can use it! I press play and then it tells me how I did. You can’t get any simpler than that.

How did you react when you found out you were the second place winner and do you have any special plans for your winnings?

The band was screaming because they were so excited! I was excited to see that we had won the $500.00 JW Pepper Gift Certificate. Music is not cheap and I would be able to get at least 10 new songs for our library. With the help of the band officers, music choices will be brought to the band and then the band will vote on what pieces to get with the JW Pepper gift certificate. I can’t thank SmartMusic enough!

You are welcome Bob, keep up the great work!