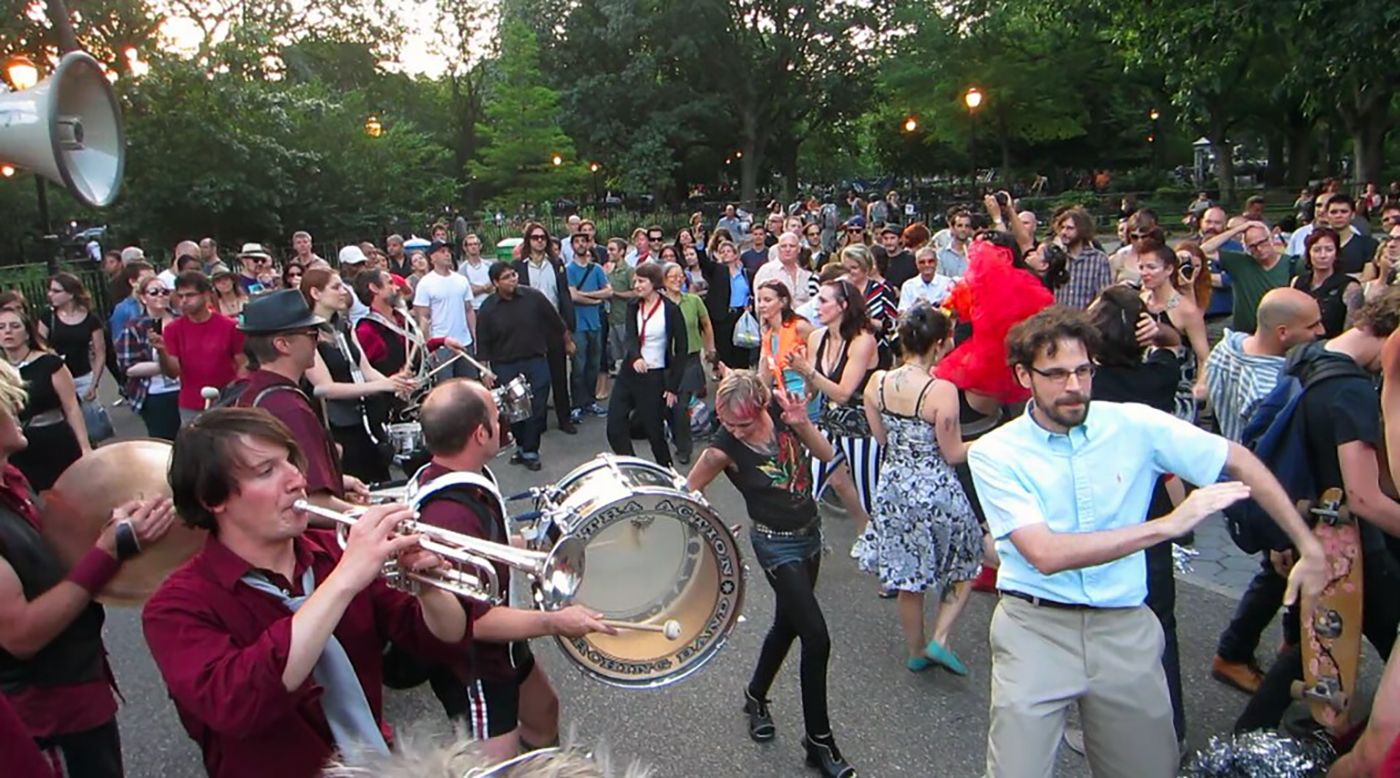 June 21 is Make Music Day, a worldwide celebration of music. It’s an opportunity for you, your students, and everyone in your community to make music together, so spread the word!

To get more information about the event, we went right to the source and spoke to Aaron Friedman, president of the Make Music Alliance.

What is Make Music Day?

In France, Make Music Day is basically a holiday. There it’s called the Fête de la Musique (festival of music), or sometimes Faites de la Musique (make music)! Every June 21, people throughout the country meet in outdoor public spaces and make music together, without worrying too much about permits. Hundreds of thousands of musicians take part, both amateurs and professionals. Some events are scheduled, but others are completely spontaneous.

Over the last few years, Make Music Day has begun to spread across the U.S. – this year there will be more than 5,000 free musical events in public spaces.

Truly anyone can participate. Even if you have never sung or played music in public before, this is your chance! In the U.S. we have organized over 300 events (called “Mass Appeals”) where people can come and pick up a pair of drumsticks, or a free harmonica, or a ukulele, and join Make Music Day even if they have literally never played music before. We also have virtuoso players from leading symphony orchestras who play in Make Music Day every year, just for the fun of it.

How far across the earth has it spread?

Over 120 countries now have something going on for Make Music Day. In some places it’s just a few events, in others, it’s a real national celebration. Make Music Argentina is really taking off this year, Make Music China has grown to 160 cities with 4,000 events, and Germany, Italy, and the U.K. each have thousands of events in hundreds of cities.

Where can readers see where they can join in the celebration this year?

Our website, makemusicday.org, shows the major participating cities and countries. From there, you can click through to find a local organizer near you.

What is your role with Make Music Alliance and Make Music New York, and what brought you here?

I experienced the Fête de la Musique in Paris in 2006, and decided we ought to be doing something like that in the U.S., too. In 2007 I started Make Music New York, and over the years, it grew to include over 1,000 events on June 21 in New York City. Eventually, organizers in other cities came on board to organize their own events. In 2015, with support from the NAMM Foundation, we came together and started a new non-profit organization, the Make Music Alliance, to support each other’s work and spread Make Music Day still further.

Can you share a favorite story or moment from Make Music Day?

Last year I was helping with an event on the Gowanus Canal in Brooklyn, where an electric guitarist played from one canoe, and broadcast his music live to 10 other canoes with rowers dragging waterproof speakers behind their boats. On a regular day, this would be quite unusual, but it’s the kind of thing people feel empowered to do on Make Music Day, when music can happen anywhere and everywhere.

Mark your calendar. Encourage your students, colleagues, friends, and relatives. Get outside on June 21st and make some music!