Today, Tuesday, March 8, is International Women’s Day, an opportunity to celebrate the social, economic, cultural, and political achievement of women. In observation of the day I’d like to recognize one inspirational music educator.

Kay Hawley grew up in rural Minnesota, the only girl among four brothers; even most of her cousins were male. Perhaps she just became accustomed to doing everything they did. When she entered college in 1968, there were more than 50 trumpet students in the University of Minnesota Band program; she was one of very few women. The following April she was the only freshman invited to participate in a 7-week tour of the former Soviet Union as part of a cultural exchange program. This was just one of many firsts in her career.

At the time of her senior year at the U of M, most band directors in high schools were men; one of her music education professors actually told her that women shouldn’t teach high school band.  Recognizing that women weren’t being hired for these positions, she decided to become the best middle school band director she could be, and accepted a position in Golden Valley, Minnesota in 1972.

Kay’s love of kids, music, and her devotion to hard work was soon recognized. She became a founding officer of the Minnesota Band Directors Association, and started presenting at state and national conferences. Ten years later she was honored by being elected the first woman into Phi Beta Mu, an honor fraternity. Not long after she was the first woman inducted into Evergreen; another honorary society composed of more than 100 Minnesota musicians and educators.

Kay’s 1969 trip to the former Soviet Union was a landmark both as an international cultural exchange and in Kay’s professional and personal life. As a member of the University of Minnesota Concert Band Ensemble, she played concerts in 10 cities, not counting a thrilling stop on the way home to perform in the White House Rose Garden for President Nixon. In the process many lifelong friendships were solidified, including with the group’s director, conductor and composer Frank “Dr. Ben” Bencriscutto[i], and Kay’s future husband, clarinetist David Hawley. On this adventure Kay discovered the powerful bond that can form when musicians travel and perform together.

In her first year teaching at West Junior High, Kay took her 9th grade band to perform in New Orleans at the National Secondary School Principal’s Convention, where her students performed alongside inner city school students from nearby Andrew Bell Junior High. Her experience with the motivational powers of travel and performance reinforced, a year later Hawley began what has remained a school tradition at West; an annual four-day trip to Chicago to perform at the Music in the Parks Festival.

Kay has said that the idea was to create an experience for students to bond over their love of music in hopes they would continue in band through high school. “Music is a powerful language, an international language,” she said. “It bonds people for life.” [ii] On the topic of bonds, it was on one of these trips that Kay also discovered a great way to keep students in their hotel rooms: masking tape on the doors. She also learned strategies to deal the wide range of mayhem students can devise, including one incident involving a hotel bath tub ruined by hair dye. [iii]

Kay’s husband Dave is also a distinguished music educator, performer and clinician, whom I had the great pleasure of working with at MakeMusic for many years. Both Kay and Dave were early adopters of music technology in the classroom, and both have shared their knowledge of this technology with music educators across the country.

I recall my first in-depth conversation with Kay. It occurred at a company holiday party, where we both found ourselves looking at a fishing boat in the garage of our host. I grew up on a family resort that was often home to a professional fishing school, and I would occasionally pick up tips from the instructors. I was surprised to learn that Kay’s knowledge of fishing greatly eclipsed my own. Talk about a male-dominated activity!

I’ve since learned that Kay has spent hundreds of hours both on and off the water studying fishing techniques, including structure fishing and scientific angling. In 2012 some her fishing friends encouraged her to join the Minnesota Valley In-Fisherman. She was the first woman in the club. In April 2013 the organization recognized her with the Rookie of the Year Award, and one of her largest catches was awarded Minnesota Master Angler Award and was listed in the In-Fisherman, Monster Fish in Review June 2012 Issue. She has also won prizes at several fishing tournaments.

In 2012 Kay was recognized as the Minnesota Educator of the Year by the Minnesota Music Educators Association, and spoke at the Women Band Directors International convention. In 2013 she received the Distinguished Alumni Award from Northfield High School. 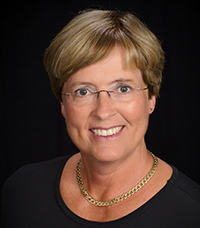 In 2014 she was honored in a tribute concert featuring more than 150 musicians, including current and former students as well as bandmates from the local Medalist Concert Band. In the planning stages, Kay was hesitant to participate, but when the focus became promoting the value arts play in education, she signed on.

Kay has taught in six of the nine schools in the Hopkins School District, including Meadowbrook, Hopkins High School, West Junior High (for 26 years), North Junior High, Alice Smith, and Glen Lake. In 2015, after 43 years of teaching, Kay retired. At the time she was the last teacher still working from the merger of the Hopkins and Golden Valley school districts, which occurred in the 1970s.

For Kay, it doesn’t sound like retirement will be a particularly restful time, but it will include lifetime friends and many additional firsts, including trips to the Galapagos Islands, Argentina, the Iguana Falls in Ecuador, the Netherlands, and Germany. Fishing and music will also remain important parts of her life; she continues to perform with the Medalist Concert Band, an organization she’s been a part of for almost three decades.

In her 2013 talk at the Northfield High School Distinguished Alumni & Academic Awards Program, Kay said: “I became a teacher because I loved music and I loved kids! I have observed that it isn’t the most creative or the most talented student who succeeds most in life, it’s those who demonstrate extraordinary passion, are disciplined, and willing to put in the work.” She also shared her prescription for success: “Find your passion, follow your heart, and love what you do: you will find happiness and never work a day in your life!”

I can think of no greater way to celebrate the achievement of women today than to salute Kay and recognize not only the many firsts of her career, but also the love, support, and guidance she  has generously shared with thousands of aspiring musicians.