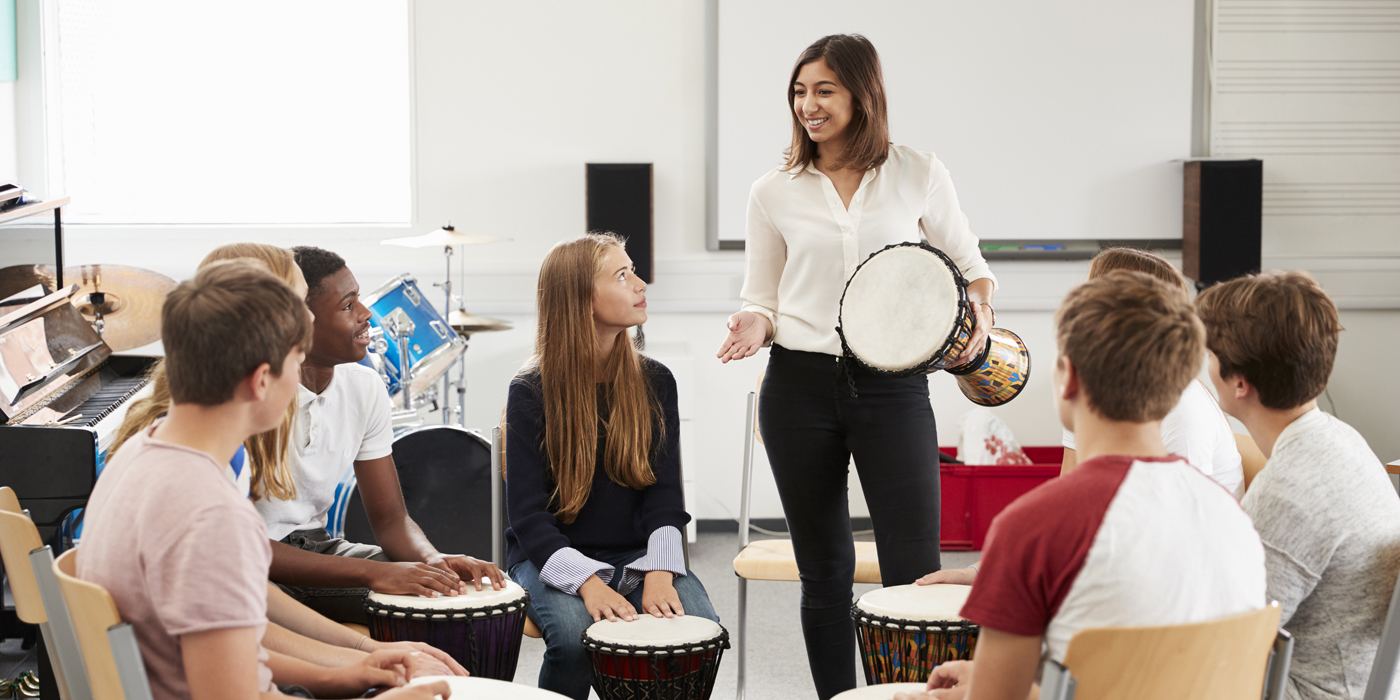 Even though women have made contributions to music education since its earliest days, historically speaking, women have not always been granted opportunities to achieve in a music occupation of their choosing. For this reason, women’s achievements have not always rivaled those of men in certain arenas, simply due to the denial of the opportunity to do so. Initially, women were not encouraged or even permitted to be music teachers, though many were often more qualified than their male counterparts. Opportunities did, however, open up for women in this realm much earlier than other areas of music.

The number of women in certain leadership positions also paled in comparison to males. Interestingly though, there are very few records indicating that any of these women of the past spoke out, at least in a public way, against the inequality of opportunities for women in music, so it is impossible to know many of their thoughts concerning these matters. Even so, it is important to recognize the considerable progress and contributions in many areas of music education that women did make.

Who were some of these remarkable women and what were their contributions? Though the names of many of these women are now known, many more remain unknown due to the lack of research and records that exist on this topic. In order to know more, researchers need to comb through local archives in order to uncover more information on the contributions of these women. Even so, we do know that there were wealthy women who worked as music patrons in their homes and in women’s clubs. Though they did this to advance the cause of music education in society, for many, this was the only option they had to pursue music outside the realm of teaching, as well-to-do women were discouraged from pursuing teaching, lest their social status diminish.

There are many names, however, that are known. Perhaps the most recognizable name in the history of music education is Frances Elliott Clark, sometimes called “Mother Clark” or “Mother of the Conference,” and best known as the woman who chaired the 1907 music supervisors’ meeting in Keowuk, Iowa, where the MSNC (later renamed MENC, and now NAfME) was born.

(By the way, did you know that 64% of the founding members were also women?)

Clark was also one of the first to utilize technology in the classroom by the use of the Victor Talking machine to play professional recordings. To say that she had a profound impact on the music education community is an understatement, even after having been widowed in her early twenties and essentially a single mother while doing so. In this way, she provided inspiration for the music education community on a personal level as well as a professional one.

Other  influential women in music education include pioneers such as: Sarah Glover, the originator of the Norwich Sol-Fa System upon which John Curwen built, and is almost exclusively credited for the Tonic Sol-Fa System, that is used by many music educators today; Alice Cary Inskeep, a music supervisor, leader, and founding member of MSNC/MENC; Marguerite V. Hood, a music supervisor, music education radio broadcaster, publisher, college professor, chair of a university music department, and president of MENC; Elsie Shawe, a music supervisor, contributor to NEA Department of Music and MENC, and publisher; Anne Shaw Faulkner Oberndorfer, a music teacher and music educator to homemakers nationally via radio broadcasts and publications; Mabelle Glenn, music supervisor and president of MENC; and Lila Belle Pitts, music teacher, college professor, and educational representative for a record company.

Other women who could be considered as mavericks in music and contributed greatly to the field of education included women such as: Nadia Boulanger, famed composer and teacher who had a profound influence on American composers (primarily men), and inadvertently upon the repertoire used in schools across the country and music education curriculum in general; Ruth Crawford Seeger, composer and collector of American folk songs, who contributed greatly to its inclusion in music education repertoire; and Alice Parker, composer and arranger for the famed Robert Shaw Chorale. There are many more women that could be named that have made significant contributions to these and other areas such as research and music education publications.

Though the attitude towards the roles of women in society, as well as occupations in music that women can assume have become more inclusive, more progress is still needed. As music educators, we need to be concerned about the attitudes that we are reflecting in the classroom. This is greatly conveyed by what we do or do not say or do in our classrooms, especially in regard to mentioning the contributions of women in music education, such as those in history mentioned here, or including repertoire written by female composers. By omission, we are implying that women have not played a significant role in the shaping of music education in the United States, or that their contributions are not worthy of consideration. Essentially, we are offering an incomplete music education to our students.

What We Can Do Today

In practical terms, we need to introduce information about women in music beginning with our youngest students at the elementary level. This includes information about women in music education, composers, performers, and the like. Also, repertoire by female composers should be included as part of the music education curriculum, alongside music by male composers. Other ideas might include discussions about instruments (emphasizing that no instrument is gender specific), or lessons about the history of women in music. In this way, stereotyping in music might be reduced, and more girls might see themselves as being able to have successful careers in music, in an occupation of their choosing. Providing role models of the past for female students to consider would also help to mold the attitudes of all students to see females and their contributions in music in a more equitable light to their male counterparts.