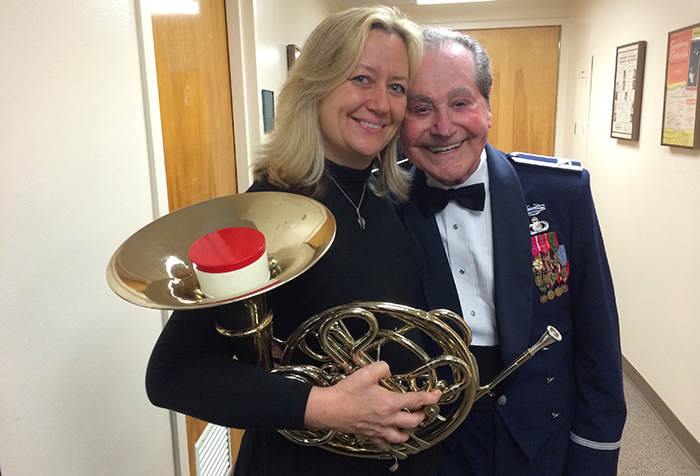 [Editor’s Note] You attend your music education association conferences and clinics, right? Do you sometimes feel like an observer rather than a fully participating member? Ever wonder what the next step might be in increasing your involvement?

Below Cathi shares what happened in the intervening years (and the lessons she’s learned). She begins with an excerpt from Rudyard Kipling’s “The Law of the Wolves:”

I recently attended a district meeting of the Florida Bandmasters Association. It wasn’t my district; I was taking a new band director to meet the colleagues who may become his support system in his new position. There were many young directors as well as many seasoned ones. I really felt like the organization is simultaneously grounded in tradition and full of new energy.

Remembering back to my very first FBA district meeting, I can still feel the intimidation and uneasiness. Here I was, starting my very first job in a new city in an entirely new state. I knew nothing about the organization that would oversee the activities in which my students were going to be participating. I didn’t even know a single person in the room.

Thankfully, Miami­-Dade County was a very big district. While the directors were friendly, it was easy to slip into the background and observe the workings of the group. By simply watching the interaction and reading the body language of the members, I could tell which directors were well-respected and therefore the ones I should seek out as mentors.

The Calendar and Handbook

The first thing I noticed was that I needed to understand the calendar – the dates of the various activities. Most importantly, I had to become familiar with the deadlines I had to meet in order to participate. I could feel the frustration of the leaders in the organization who warned of the trouble that missing those deadlines would cause to the flow of the events.

I also realized that to truly understand the organization, I needed to read through the handbook. This was no small task but again, the wisest directors in the room could redirect questions and discussions by simply stating what the handbook stated.

When Overwhelmed, Take on More

In the next few months, I felt overwhelmed and consumed by my new job. As a young teacher, I was focused on all of the things that needed to be done and was having some serious trouble creating a list of priorities. I reached out to a few of the leaders I had seen at that first meeting and while they were as busy as I was, I felt a bit safer knowing that I wasn’t in it alone.

At the very next meeting, there was a call for middle school directors to help out with the high school marching festival. I quickly volunteered and was placed as the monitor for the gate where bands lined up to enter the field for their performances.

This allowed me to meet every high school director in the district and have a short conversation with them. (There were 25 or more high schools in Miami at the time.) Looking back, this was the greatest assignment of the entire day. It allowed me to begin to know every member of this “pack” of directors.

Over the next few years, I was asked to take on more responsibilities in the organization. First I was scheduling solo/ensemble festivals, then acting as the district secretary. In time I became chairman of the district and served as Junior High/Middle School Representative on the Executive Board.

Eventually I realized I might be one of the people the new directors watch for cues about how things work. That is a responsibility that all seasoned directors need to take seriously. The future of your own organizations and our profession is in the hands of those just entering and we need to pass the torch, not guard the flame.

Here are some tips (for directors at all stages of their careers) to help keep things moving forward in your music education organizations:

We Are the Pack

I think it’s vital to remember that we’re in this together. We are often the “lone wolf” director in our own workplace. As a result we can sometimes feel defeated and isolated on a day-­to-­day basis. Coming together to meet the “pack” can excite and energize us to keep moving forward, becoming better and stronger as we grow. 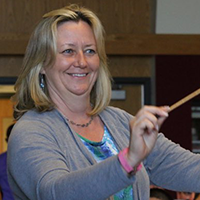 Cathi Leibinger is the director of bands at Ransom Everglades Middle School in Coconut Grove, FL, and has taught in the Miami area for 28 years. She earned her bachelor’s degree from Millikin University and her master’s from the American Band College. An active adjudicator, Cathi’s currently President Elect of the Florida Bandmasters Association, a staff member of both the Western International Band Clinic and the American Band College, and a current NAfMe and FMEA member.