Much of how we spend our rehearsal time involves perfecting the Components of Playing. After all, bad tone quality supersedes much, if not all, of the components … you can’t tune a bad sound. The hard work required to hone skills such as timing, tuning, balance and blend are noble undertakings and should be passionately pursued. The time slated for fundamentals at the beginning of each rehearsal should be devised to address the various components as part of the normal warm-up process. However, it is imperative that our teaching curriculum not stop there. So the question seems to be … once we’ve addressed the various components, then what?

For the sake of providing a systematic process to this musical journey, I would like to suggest the following exercise. Take a blank piece of paper and draw a line down the middle of the page. On the left side of the paper, write the following Components of Playing list, leaving several spaces between each word. This is essentially what you are responsible for teaching in terms of fundamentals. On the right side, start listing how you teach the various components. Fill as much of the right side as you can by listing teaching strategies, method books, worksheets, and any other means that you use to teach the component. When you’re done, you should have a blueprint for your daily, weekly, and quarterly fundamentals curriculum. You should be able to visibly see your teaching process in action. Here is a simple template for your work:

The Components of Playing

Doing this exercise will make tremendous headway toward getting your students from point A to point B. It establishes a rehearsal dialogue, provides a blueprint for teaching fundamentals, and allows for transfer of concepts. If you’re having trouble establishing exercises to teach each of these components, I’ve written a method book titled Habits of a Successful Musician that will help aid in devising appropriate exercises for use during fundamentals time.

Where the teaching of the above-named components is critical, it shouldn’t stop here. We should extend this process under the umbrella of equipping the musical toolbox. It’s not, in and of itself, a way of communicating musically. However, these components must certainly be tenaciously perfected to have a chance at musical communication.

It’s All A Means to an End … Music Making

We must cross the threshold from the Components of Playing to communicating something musically.

These words represent the ability to express something through the artistry of the music-making process. The following is a different type of dialogue, which should be used when students are mature enough musically to accomplish the nuance or concept. This is not designed to be a comprehensive list, but to establish a more musically extensive vocabulary.

These bullets are designed to establish a vocabulary and a culture for music making. These musical truths are different from the Components list in that they cause the performer to feel and interpret the notes and ink on the page. It’s a different mindset than being “in tune,” playing “in time” or executing the correct articulation. It’s a form of musical communication, a language in and of itself. This list can aid in the development of the conductor’s ability to communicate musical concepts from the podium. However, the students must be at the point in their musical development where you’re not talking over their heads. Our rehearsal halls should be filled with this type of dialogue. Try making a list of “musical truths” that you use within the rehearsal setting. 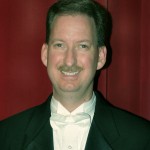 Scott Rush is the Director of Fine and Performing Arts for Dorchester School District Two in South Carolina. Prior to that appointment, he was Director of Bands at Wando High School in Mount Pleasant, South Carolina for 15 years. He is a graduate of the New England Conservatory of Music in Boston, Massachusetts, where he received a Master of Music degree in French Horn Performance. Under his direction, the Wando Symphonic Band performed at the 2007 Midwest International Band and Orchestra Clinic in Chicago, Illinois. In 2008, the Wando Band program received the prestigious Sudler Flag of Honor by the John Philip Sousa Foundation.