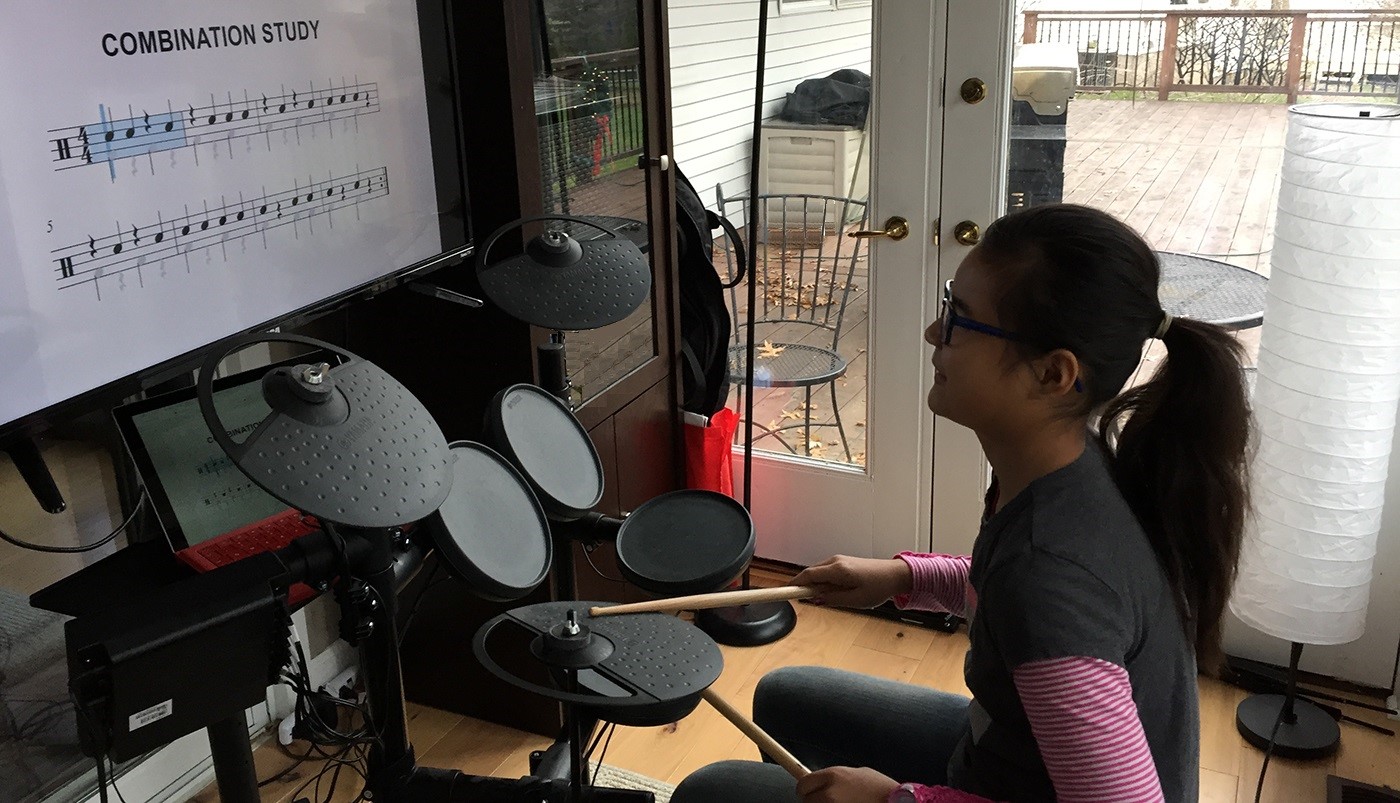 During my last year of teaching I decided to take on directing the fifth- and sixth-grade after-school jazz band on top of my regular high school teaching schedule. My main reason for doing this was that I started my career at the middle school level and thought it would be a great way to return to my roots and “go full circle,” as they say.

When it became known to the public that I’d be directing this group, Laura, a former student, contacted me and said she had two kids in the district who were interested in participating. Talk about “full circle!” Laura reached out to discuss the special circumstances regarding one of her children, Hope. Adopted from a Chinese orphanage in 2017, Hope was not only struggling with cultural barriers, she also is legally blind and had never learned to read nor write Chinese, let alone English or music.

Laura wanted Hope to participate in whatever way possible, and mentioned that Hope had some musical experiences while in China. She sent me a video of Hope playing drum set with the other kids in the orphanage, which blew my mind. It got me thinking about what to do next.

I wanted to share my experiences with Hope as a testament to the rewards we enjoy when we work to find ways to help every student participate.

Ultimately the after-school jazz band became very large. At one point we had six drummers as well as a full complement of every wind instrument. Because of both the size of the group and the experience level of the students, my focus was primarily on very basic skills.

Despite Hope’s inability to see the music, let alone read it, it was soon apparent she had a very strong pulse and could play along with anything. To increase the likelihood of keeping the group together during our spring concert, I gave Hope a suspended cymbal and the task of keeping the beat steady for everyone else – and it worked!

Since then, Hope has begun to learn cello in school. Her parents contacted me to request private lessons on drum set to help her learn to read music.

My goal is to continue to offer Hope challenging and inspiring opportunities to make music without notation, and to simultaneously help her learn to read music. I want her to continue feeling the joy of success while she struggles through the difficulties her physical challenges may bring in the school ensemble setting.

One approach I’m using is to play a variety of recordings at different tempos to teach stick control/technique. I have Hope play different sticking patterns – on a variety of drums – along with the beat of the music. Building on the experience she had in the jazz band, I also have been assigning very easy jazz band arrangements in SmartMusic. For each piece, I teach her the beat patterns and a few fill examples. I showed her parents how to play the assignments in SmartMusic so Hope can practice between lessons.

One remaining challenge is determining what Hope can actually see and what she simply makes up for with her exceptional natural ability. While it seems clear that Hope can’t see the music on the computer screen, she does have some vision. Her parents shared with me that in order to see anything, she needs to be very close and the content has to be high contrast.

We’ve experimented with connecting SmartMusic to a large screen TV, and zooming into the music. At maximum zoom, and with Hope very close to the screen, she reported she could see the music. We’re very excited to explore this further.

How is SmartMusic Helping?

Hope is now using SmartMusic to practice her cello lesson book assignment. Hearing the accompaniment in conjunction with her strong natural abilities is helping her prepare exercises for her school lessons.

I am also using the projected music to teach her simple rhythmic patterns out of a snare drum book. Seeing the actual notes (rhythm only) appears to be easier for her than trying to determine which line/space they are on the staff.

At our last lesson, I was thrilled to watch her eyes, and entire head, move to the second line at the appropriate moment. This was proof enough for me that she was visually following the music and not just playing by rote (it was the first time she saw the pattern). Among my goals for Hope is that through repetition, she will develop speed in processing information, hopefully helping her eventually read her cello music (blown up to an appropriate size).

In asking how Hope’s musical experience has been at school, her mom reports the following:

“We are so thankful that even though Hope is not yet able to read or perform at the level of her peers, she has been allowed to participate in ensembles (orchestra, chorus, and jazz band) for the very first time at eleven years old.  She is paired up with a buddy in each ensemble to help her get on and off stage safely.  She often has one-on-one cello lessons so that she can find success at her own pace.” “Hope has a work ethic like no other twelve-year-old that we have ever known! We want to provide the tools necessary to help her achieve her goals.”

My hat is off to Hope’s parents, Laura and Marc, for continually working with Hope – and her five siblings – to make their goals a reality. While I am excited to help in any way I can, it took Laura reaching out to me to get the ball rolling.

Laura and Marc noted that both of these state organizations have been extremely helpful in connecting them with resources, funding, and training for Hope: 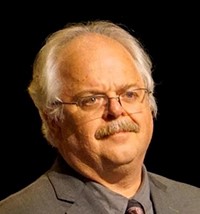 Kevin Mead retired from the Churchville-Chili School District after thirty-five years of teaching. His ensembles won many awards and honors including “Superior” ratings, first place performances, and “Rochester Rocs” awards for Best School Band. Mr. Mead has received many individual awards including selected twice by the National Honor Society as “Teacher of the Year.” In 2017 he received the “Willie W. Lightfoot Youth Advocate of the Year Award” from the Monroe County Legislature. At the end of his teaching career, he received the Rochester Philharmonic Orchestra’s prestigious “Music Educator of the Year Award – Band”. Today Kevin is a MakeMusic clinician, training teachers throughout the country.