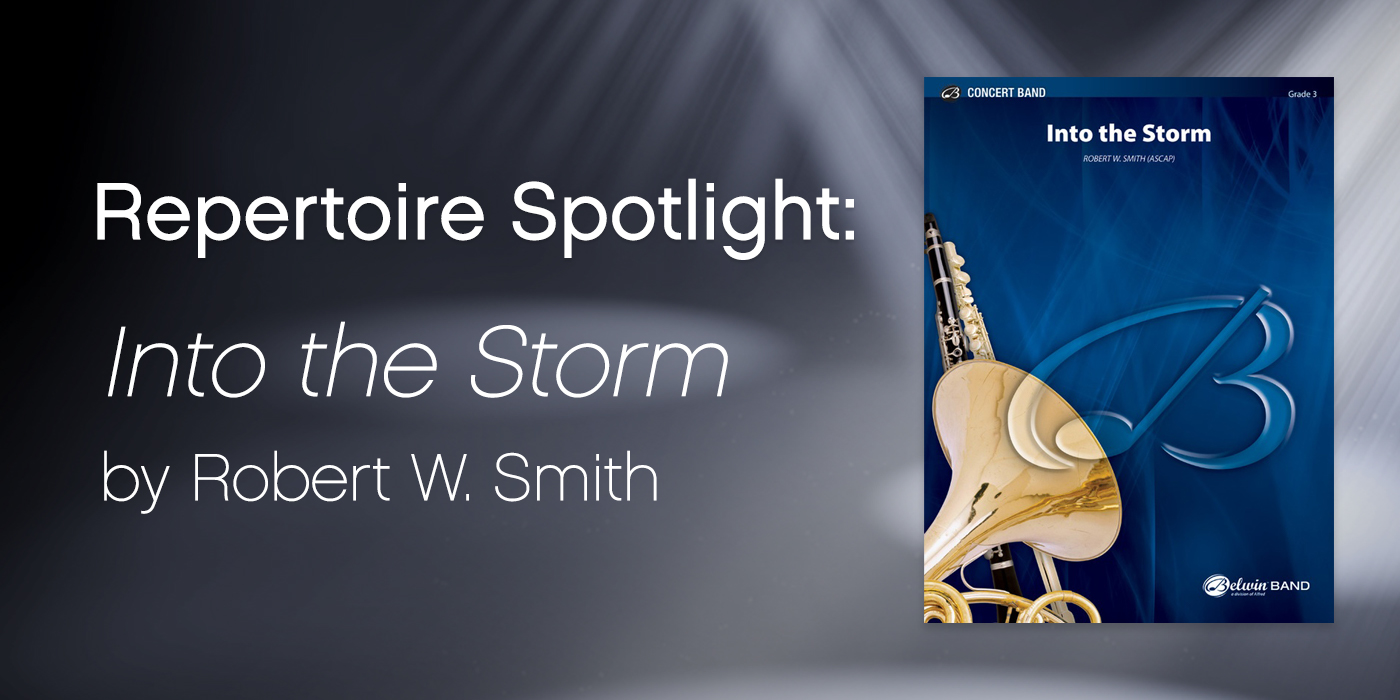 Are you searching for a powerful grade 3 concert band piece? One that will inspire students and wake up even the drowsiest audience member? Into the Storm is destined to be a classic, packing all the energy and drama of a life-threatening storm into six stunning minutes.

Into the Storm was inspired by the “Storm of the Century,” the great blizzard of 1993. This composer spent most of his life in the southern United States, far away from the vicious winter storms of the northeastern part of the country. Spending four days completely snowbound prompted many hours of watching and listening to the spectacle of nature outside the comfort of a warm house and a roaring fire.

The work opens with three accented fifths in the woodwinds and mallets. As with the initial shaking of a snow globe, the winter storm is unleashed. The style indication of “Furious” should not be taken lightly. The interpretation should be very aggressive, even at the softer dynamic levels. The melodic statement by the clarinets in measure 22 should be smooth and flowing yet delivered on the front edge of the conductors beat pattern. Particular attention should be given to the dynamic contrasts in the woodwinds beginning at measure 38.

Every storm has an “eye” which is a period of intense calm and beauty. The center section of the work should be very freely conducted. Balance and blend in the brass and woodwind choirs are critical to the overall effect of the “B” section.

The fury of the storm returns building to the most intense section of the piece. The divisi dissonance beginning at measure 129 should be carefully balanced for maximum effect. The momentum should build throughout the next 8 bars culminating in the final assault of the storm at measure 137. The fury of the next four bars are in direct contrast to the silence of measure 141. The “pick a note” effect in the brass should be as dissonant as possible, building to a strong fortissimo release. The dynamic shaping of the last three bars is critical.

Feel free to adjust the forte entrance in the upper woodwinds and brass in order to consistently build to the last note. The storm ends abruptly as it began.

Of course, Into the Storm is in SmartMusic. Try SmartMusic for free.