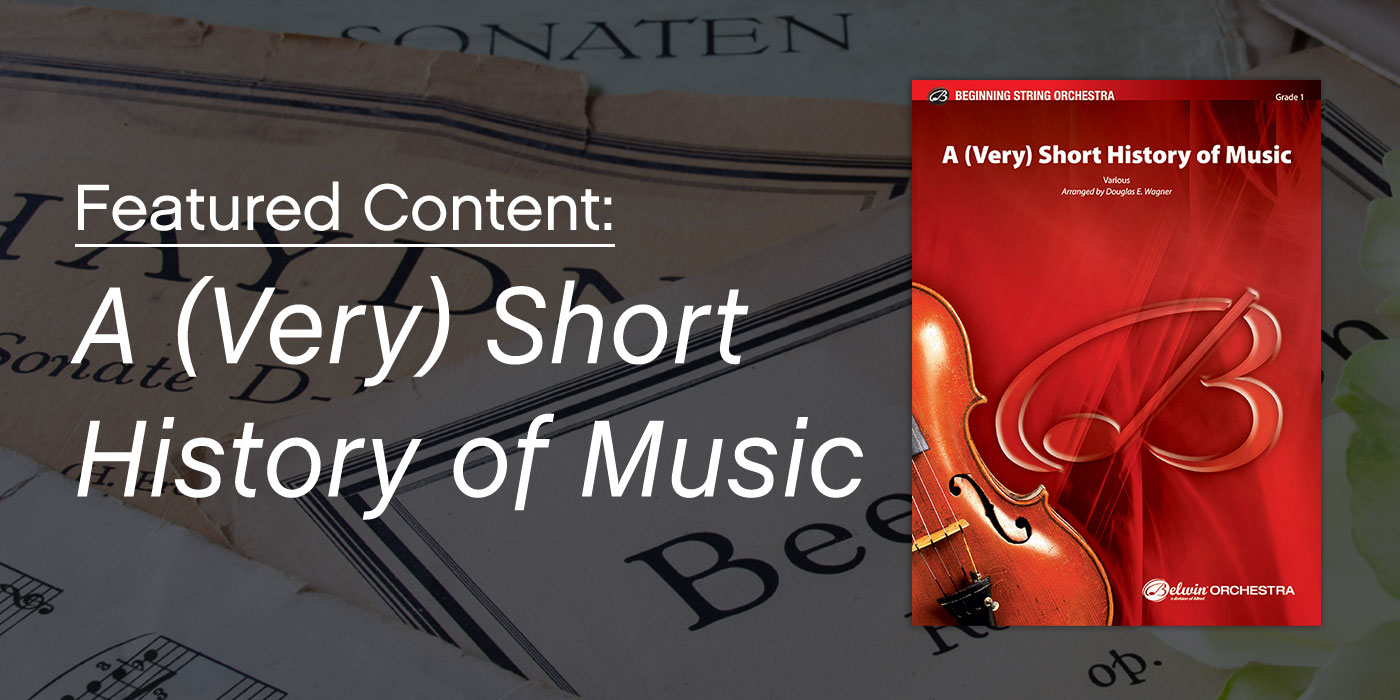 Today’s featured content is a string orchestra piece that will be performed at the Midwest Clinic this December. Created by Douglas E. Wagner, it presents a seamless medley made of seven themes, each representing one major period of Western musical history.

Best of all, it uses mostly half and quarter notes – because it’s a grade 1 piece!

With A (Very) Short History of Music, your students and audience members can experience ten centuries of music history in two and a half minutes. Take a look and listen:

Components of the Medley

The musical periods and examples included are, in order of appearance:

Of course, A (Very) Short History of Music is in SmartMusic, and you can try SmartMusic at no charge, simply by creating an account.