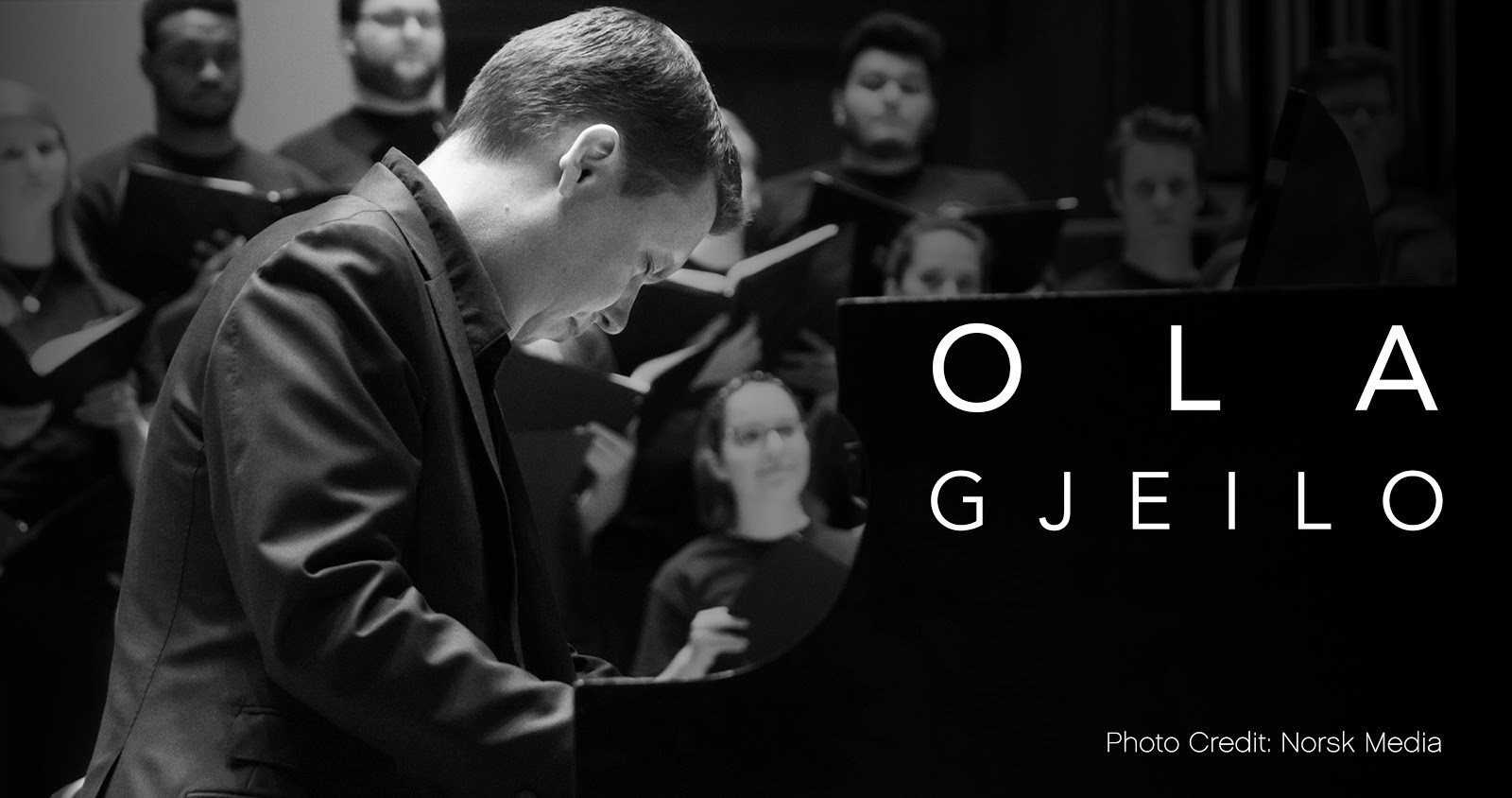 Born in Skui, Norway, composer Ola Gjeilo grew up in a musically eclectic household. He began improvising on the piano at an early age. His father, a jazz saxophonist, would help him notate his compositions before he could notate them himself. Ola didn’t actually sing in a choir until he was in high school, and he started studying classical composition privately after high school, going on to continue his studies at Juilliard.

So how did an avid Keith Jarrett fan become one of the world’s most frequently performed choral composers? You can find part of the answer in a great series of video interviews Ola did with the good folks at JW Pepper. Here’s the first of the series:

Today SmartMusic includes four very popular choral titles by Ola Gjeilo. Below are video performances for each title as well as notes from Ola himself.

Dark Night of the Soul

“One of the things I wanted to do in this piece was to make the choir and piano fairly equal, as if in a dialogue; often the piano is accompanying the choir, but sometimes the choir is accompanying the piano (or violin) as well, almost emulating a soft and rich string orchestra; I love the sound of voices humming chords. The sound can be so evocative and warm, especially when doubled by a string quartet.”

Experience Dark Night of the Soul as performed by the Central Washington University Chamber Choir (Gary Weidenaar, director), joined by Ola Gjeilo on the piano and the Kairos String Quartet:

“The Ground is based on a chorale from the last movement of my Sunrise Mass (2008) for choir and string orchestra. The chorale, beginning at “Pleni sunt caeli” in that movement, is the culmination of the Mass, and it’s called The Ground to convey a rooted, solid sense of harmony and peace after the long journey of the Mass through many different emotional landscapes.

I wanted to make a version that could be performed independent of the Mass, and one that was also more accessible in terms of instrumentation. That turned into this version with piano and string quartet accompaniment, adding a new intro, interlude, and epilogue as well.”

See and hear Ola perform The Ground along with CWU Chamber Choir and the Kairos String Quartet:

“The first time I sang in a choir was in high school; I went to a music high school in Norway and choir was obligatory. I loved it from the very first rehearsal, and the first piece we read through was Maurice Duruflé’s Ubi Caritas. It will always be one of my favorite choral works of all time; to me, it’s the perfect a cappella piece. ​

So when I set the same text myself a few years later, it was inevitable that the Duruflé would influence it, and it did. While Duruflé used an existing, traditional chant in his piece, I used chant more as a general inspiration, while also echoing the form and dynamic range of his incomparable setting of the text.

I later started improvising on the piano around choirs singing the piece in performance and recording, one of which Walton published a transcription of – a YouTube video collaboration with the Central Washington University Chamber Choir.”

Set to the Latin Pulchra Es text from Song of Solomon, the piece is also inspired by the ethereal aurora borealis phenomenon, or northern lights.

The recording of Nothern Lights heard below comes from Ola’s 2016 debut album on Decca Classics, Ola Gjeilo. A choral album with two instrument tracks, it includes performances by Tenebrae, the Chamber Orchestra of London, and Voces8, who are featured here:

We hope you enjoy exploring, listening to, and performing the music of Ola Gjeilo as much as we have.

Don’t have a SmartMusic subscription? Now you can try it for free and experience Ola’s music and so much more.