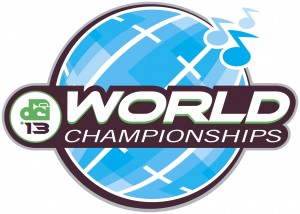 Last November, over 8000 young adults from 15 counties auditioned for drum corps. They spent countless hours and thousands of dollars in travel expenses over the next several months to hopefully make the corps of their dreams. After the audition process was completed, only 3500 of these students successfully became members of a DCI corps.

These members continued to travel once a month to the corps facilities for ensemble rehearsals; deliberately practicing the required technique exercises and show music at home to prepare. As the summer approaches, they finally move in to their pre-tour housing sites.  This is the critical time where the bulk of the show is put on the field, and many layers of physical responsibility are added to the music.  These visual responsibilities are necessary to achieve success at the highest levels of DCI, and why the music must be as close to perfection as possible before pre-tour.

After learning drill, the corps hit the road, travelling to over 100 total shows and performing for over 400,000 fans. The final stop is Indianapolis, Indiana for Drum Corps International’s 2013 World Championship. This week long event concludes with three shows back to back: Prelims, Semifinals, and Finals. Each show is more inclusive, cutting from 36 groups at Prelims to the top 12 at Finals. After an evening of amazing performances, the title was handed to a first time winner who has surged through the DCI ranks over the past 10 years.

We would like to congratulate the 2013 DCI Champions Carolina Crown on an amazing season! 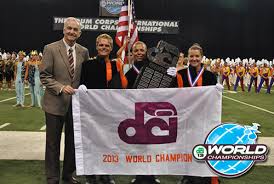 Effective distance learning is essential to any drum corps dream of becoming a world champion. Watch as Ben Harloff describes how SmartMusic has helped Carolina Crown over the years: