Why is Student Leadership Essential?

Student leadership is important because no successful band director can do it all by him or herself. If the band director attempts to perform all of the tasks that are necessary for the program, the likelihood that he or she will “burn out,” especially if they don’t have an assistant band director, is greatly increased. In addition, students will have missed an opportunity to have responsibilities for logical tasks that will help them in their personal and professional growth. The fact is that there is just too much to be done! Training student leaders can not only make a band director’s job easier, and greatly reduce stress, it’s better for everyone involved.

Successfully managing logistical tasks such as the maintaining the classroom environment can have a tremendous effect on the band program. At the 2015 Midwest Clinic, I gave presentation on teaching techniques in Title I schools. In my presentation I described how Malcolm Gladwell’s “Tipping Point,” suggests that small things lead to big things. I believe that training section leaders how to maintain a clean and structured band room can result in not only in a better learning environment for students, but also a more disciplined band. Why? Because student leaders will begin to take a vested interest, first in maintaining the band room, and eventually in the program overall.

In the process, the student leaders will also influence other band students to maintain a structured room, further encouraging these students to also have increased pride in the organization. Training student leaders to do a small thing in maintaining the band room leads to a big thing in providing a structured learning environment and more pride in the organization. This kind of pride really contributes to making teaching more fulfilling and rewarding.

In my high school band program, I informed all potential leaders that their audition begins on the first day of school. Which means auditioning for leadership is year-round. I learned this lesson the hard way when auditioning student leadership during my early band directing days. My high school band included drum majors, dance/guard captains, section leaders. Two weeks before the leadership audition, I held two weeks of leadership training. The leadership candidates were required to fill out an application that included things like:

After this lengthy process I announced the new drum majors. Within an hour of my announcement, I heard a student shout; “Mr. Arnold, Johnny’s mother is waiting for you at your car in the parking lot!” Of course, Johnny was a candidate who was not selected that year. From all appearances, Johnny’s mother was about to have it out with me because her child did not make drum major. While she eventually left, she did email the principal stating that I was “the worst person on earth,” and the audition was unfair to her child.

Years later, I can look back at this story with amusement, but it was not funny at the time.

One of Johnny’s issues was he decided to start showing leadership skills two weeks before the audition, not during the year. The whole experience taught me the importance of making leadership selection a year-round audition process.

I believe band directors should identify candidates early in the year and notate grades, good habits, demonstrations of leadership, and behaviors that need improvement. Then periodically during the year meet with the candidates and discuss what you have learned. I also took the next step and had the candidates and parents sign the meeting document. Not only does this help determine potential leaders but helps the student improve as leaders. Now, by the time the two-week leadership camp begins, both students and parents are fully aware of each student’s leadership status in the program.

How to Train Leaders

One resource I have found to be invaluable in working with prospective student leaders is “The Seven Habits of Highly Effective Teens” by Sean Covey. It’s vital that students learn how health/unhealthy habits influence human behavior. Reviewing this book with students not only helps me get to know band student leadership better but also helps the student in their personal lives. I have always believed that the place for successful music teachers to begin is with learning about each student. By doing so, the window of learning and growing becomes indefinite.

The concepts in this article were conceived to stress the importance of student leaders and their value to the band program. Student leaderships can assist the band director with administrative tasks, help reinforce rules, and promote pride in the band program. Additionally, selection of leadership should involve a yearlong process of candidate evaluations and conferences. By applying the concepts discussed, the band director will promote a more mature and prideful band organization. 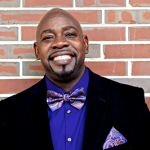 Gabriel Arnold received the B.M.E. and the M.M.E. from Florida State University. Before receiving his undergraduate degree, he served four years in the United States Marine Corps, where he played tuba with the Marine Band. In December 2015 he presented an in-service “Effective Band Director Techniques for Teaching in Title I Schools” for the Midwest Clinic.

Mr. Arnold is in his final year as a Ph.D. candidate at Florida State University.