Although people generally think of the flute and harp as being feminine and brass instruments as being masculine, historic perceptions of stereotypes in music have changed over time. In the Victorian era, it was considered improper for a woman to distort her mouth to play the flute and most flautists were male.  Most concert harp players were also men in the late 19th century.

Some instruments, such as the violin, gradually became acceptable for women. Other instruments have remained branded as masculine; namely percussion, brass and double bass.

Over time, women have disproven the stereotypes that they don’t have as much wind capacity as their male counterparts by winning top jobs through blind auditions. As women become more prominent in sports, the assumption that women can’t haul around heavy instruments or breathe as well as men has lost favor. Ironically, there is no heavier instrument than the harp, even though that is typically perceived as a feminine instrument!

Gender stereotyping in any field starts at an early age. It is important to create a gender neutral environment in education so that children feel free to choose an instrument that they want to practice, free of gender labels or prejudice.

You can promote gender equality and inclusiveness in your K-12 classroom by modeling it through these steps: 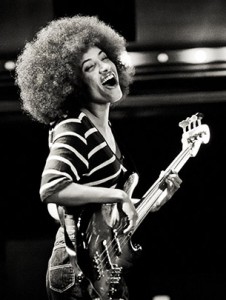 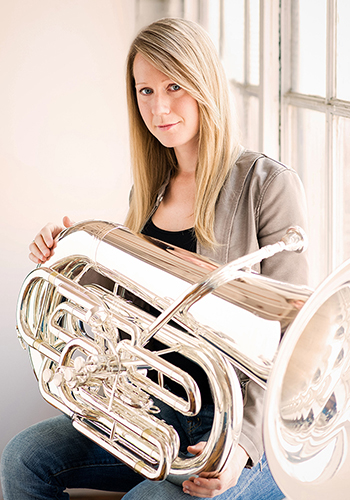 Leverage International Women’s Day (March 8, 2016) as an opportunity to show a power point presentation or film about women composers and/or performers of the present and past such as Jennifer Higdon, Amy Beach, Clara Schumann,  Rebecca Clarke, Maud Powell or Nadia Boulanger. Or you might feature woman conductors such as Marin Alsop, Joann Falletta, or Shi-Yeon Sung. 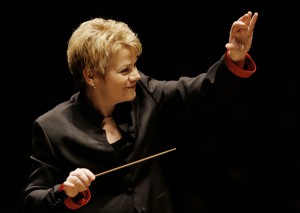 Refrain from saying that someone “played like a girl.” Try modifying this phrase to “play it like the girl next to you who nailed that passage!”

Don’t refer to musical phrases as masculine or feminine, instead, use the descriptive words you really mean like dolce, legato, muted, accented, strong, rich, etc. Don’t address the brass as “Gentlemen” even if there is only one woman present.

Contact women instrumentalists from your local symphony and ask them to come demonstrate their instrument in a short presentation. Direct contact with a musician makes it more exciting for the students and creates a bond with the presenter and the instrument. As a bonus, live presentations promote concert attendance at the local symphony!

Program at least one woman composer or arranger on your concert each year. Having published more than 225 titles, Anne McGinty is a great start for concert band. Check out Soon Hee Newbold’s fun compositions for school orchestra. Encourage all of your students to create and write as part of a unit on composition or music theory. If you are not happy with the representation of women composers in your favorite music catalogues, urge the publishers to be more inclusive! 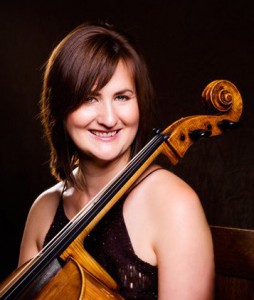 Dr. Amy Phelps obtained a double-degree (B.A., B.M.) in Cello Performance and French Literature from Oberlin College and the Oberlin Conservatory of Music and earned her M.M. and D.M.A degrees from the University of Iowa. Her dissertation and research project, “Beyond auditions: gender discrimination in America’s top orchestras” can be viewed here.

In addition to teaching at Coe College in Cedar Rapids, Iowa, Dr. Phelps is a member of both Orchestra Iowa (Assistant Principal) and the Quad Cities Symphonies. She also performs regularly with the Cedar Rapids Opera and freelances throughout the Midwest.